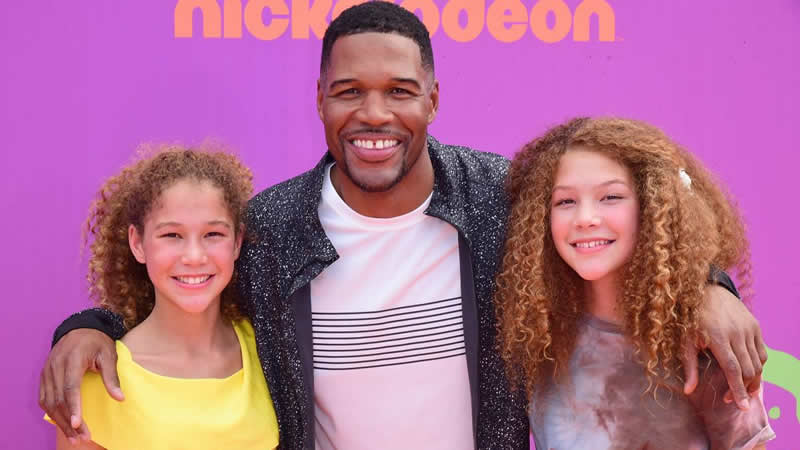 This week, the Good Morning America star couldn’t contain his excitement while sharing some major news about his talented 29-year-old daughter Tanita. On Instagram, Michael shared one of Tanita’s stunning art pieces to his page and revealed that her work is now officially on sale.

“Hit the link in my bio or go to Tanitagallery.com to get yours! #ProudDad,” Michael wrote in the caption celebrating his daughter’s huge accomplishment.

Michael’s followers immediately flooded the comments section with all sorts of compliments after seeing Tanita’s work. “Wow from one artist to another,” someone wrote. “Wow!! She’s sure got some talent!!,” a different fan noted. “VERY BEAUTIFUL ARTWORK,” another fan commented.

As Tanita’s website explains, the daughter of Michael and his first wife Wanda Hutchins is a visual artist based in Los Angeles who works with mediums such as acrylic, watercolor, gouache, ink, graphic design and photography.

Apart from this latest post, Michael frequently shares photos of himself with Tanita and his other children — twin daughters Sophia and Isabella, both 16, and son Michael Jr., 26. Proving he’s a cool dad, Michael will even take part in filming TikTok dance videos, like the one above, with his twins just for fun.

On Valentine’s Day this year, Michael made it clear just how much his kids mean to him. On Instagram, he shared photos of his family and gushed, “Happy #Valentinesday to my 4 forever valentines! Love, Dad ❤️.”

Michael Jr. is the former NFL star’s youngest with his first wife, while Sophie and Isabella were born after Michael married his second wife, Jean Muggli, whom the GMA star divorced in 2006.