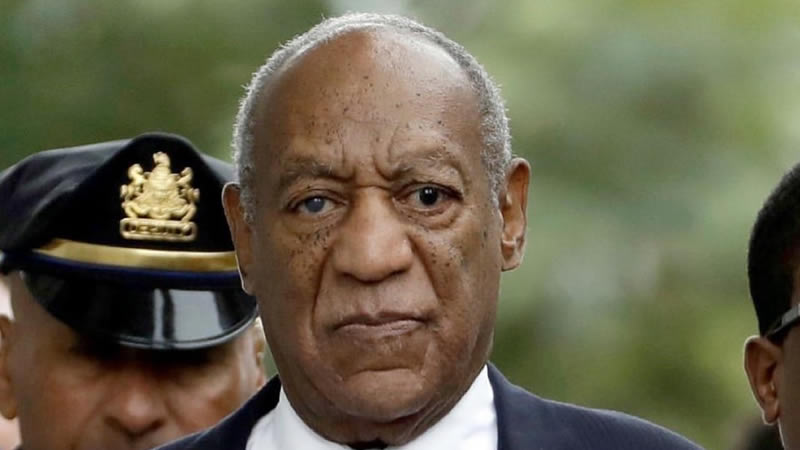 Cosby had been sent to prison after being found guilty of drugging and sexually assaulting a woman in his home in 2004.

Hollywood reacted to the news of Bill Cosby being released from prison and in the process, slammed Phylicia Rashad over her support of the actor.

On Wednesday, the Supreme Court of Pennsylvania overturned Cosby’s 2018 conviction on sexual assault charges. The 83-year-old comedian had served two of the 10 years he was sentenced after being found guilty of drugging and assaulting Andrea Constand at his home in 2004.

According to court documents, the judges found that an agreement Cosby had with a previous prosecutor prevented him from being charged in his 2018 case. “In light of these circumstances, the subsequent decision by successor D.A.s to prosecute Cosby violated Cosby’s due process rights,” the judges wrote. They also ruled that Cosby’s case cannot be prosecuted again.

Following the shocking news, celebrities took to social media to voice their opinions regarding Cosby’s release, with most lambasting the court’s decision.

“I am heartbroken today to hear of the news of Cosby’s release .this is sickening. My heart is with my sister survivors. We have work to do,” wrote Rosanna Arquete. “Bill Cosby is STILL an evil rapist .the end.”

Amber Tamblyn tweeted, “I am furious to hear this news. I personally know women who this man drugged and raped while unconscious. Shame on the court and this decision. #TimesUp #MeToo”

And as scores of other women had come forward to accuse Cosby of drugging and assaulting them over the past few decades, Padma Lakshmi shared, “Cosby drugged and raped 60 women. Do they not deserve ‘fairness’ and justice? This is why people don’t come forward. This is why urging people to ‘press charges’ falls short, as long as wealthy & powerful men can rape & sexually assault people for decades with impunity.”

There were, however, a few voices from Tinseltown that lent their support for Cosby, with Randy Quaid writing, “Cosby vindicated! Justice has finally been served. Victim of another flawed, corrupt celebrity trial.”

“Told you so on #BillCosby,” Geraldo Rivera tweeted. “He was convicted by a court so tainted by public opinion and social pressure that it allowed obviously prejudicial evidence and improper witnesses. He may be a bad guy, but in this case he was railroaded by the mob.”

Portia De Rossi and Ellen DeGeneres Splitting, ‘Behind’ After Disputes Over Career?