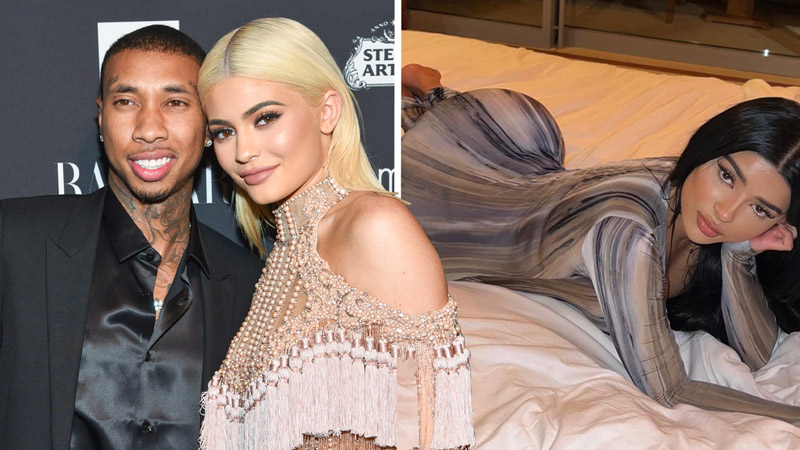 Tyga was spotted leaving a Halloween party with OnlyFans model Juanita JCV, less than a month after Tristan Thompson took her to a Jack Harlow concert. The 25-year-old model was seen leaving a party with Kylie Jenner’s ex-boyfriend Tyga in the same car.

The pair appeared to flirt as they got into the car and sped away, according to photos obtained by the Daily Mail. Tyga was dressed as Michael Jackson and was virtually unrecognizable, whereas the OnlyFans model was dressed as a scantily clad nurse.

The rapper and model do not appear to be a couple, but they do follow each other on Instagram. Tristan Thompson is also interested in the model, and the two were spotted leaving a concert together in September.

Juanita and Tyga previously appeared together in an X-rated OnlyFans scene. The model has over 2 million Instagram followers and is known for her risque content and cleavage-filled photos.

When it was revealed that Tristan had cheated on Khloe with fitness instructor Maralee Nichols – who was pregnant with his child – in December last year, the couple were secretly expecting a son via surrogate.

He initially denied having the child, but later admitted it in a statement posted to Instagram in January, which included a direct apology to Khloe.

Despite her eagerness for their arrival, Khloe was clearly upset about the state of her personal life and the circumstances surrounding Tristan’s betrayal. ‘It’s supposed to be an exciting time, and it’s just a different experience,’ she says.