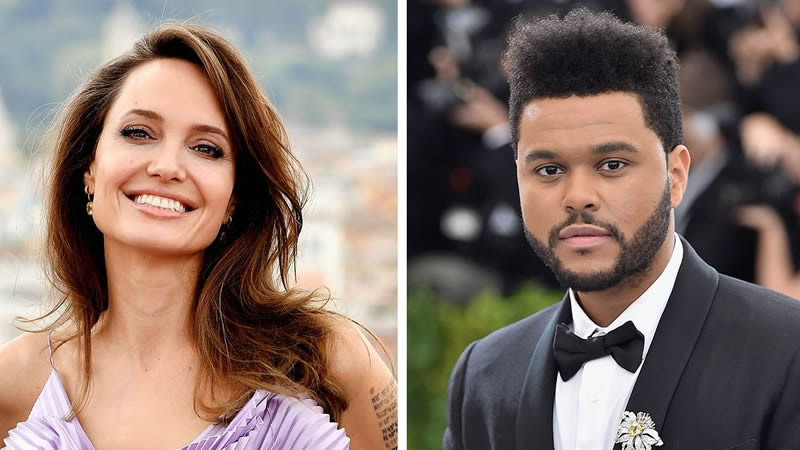 Angelina Jolie has recently been asked about her rumored friendship with singer The Weeknd and the Eternals actress knew how to respond! During her interview with E! News’ show Daily Pop, Jolie made it very clear that she didn’t want to react about her personal life concerning someone else, hence she intentionally dodged the uncomfortable question.

For those unversed about Jolie, rumors of her dating the Blinding Lights singer had surfaced after they were seen together a couple of times. It seems to like Jolie doesn’t want to mix up her personal and professional life so when directly asked about the same she refused to answer anything related to the rumours surrounding The Weeknd.

While speaking on E! News’ show Daily Pop along with her Eternals costar Salma Hayek, Jolie was asked several questions about her kids and their opinions on her movies and The Weeknd. “I have to know because Angelina your kids are at the age where they have opinions.

So, I have to know. Were they more excited that you were in The Eternals, or that you are friends with The Weeknd?” the interviewer asked Jolie.

In other news, Jolie recently walked the Eternals LA premiere red carpet with her kids and took Zahara and Shiloh to Rome’s red carpet premiere of the movie.