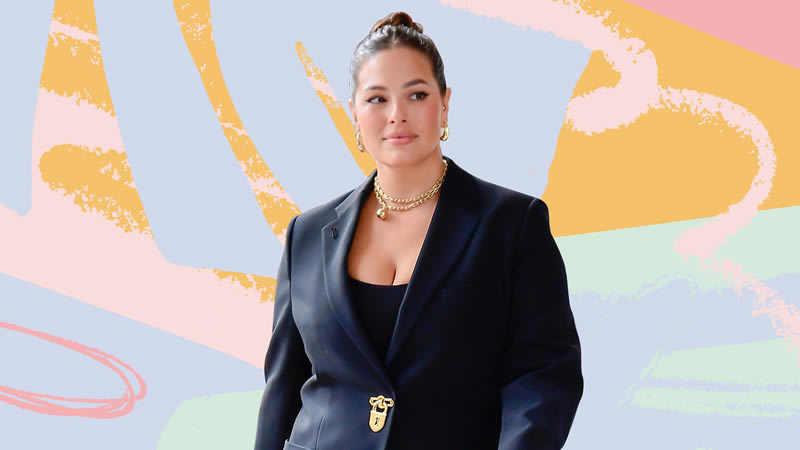 Ashley Graham’s twins are kicking like crazy!. The Sports Illustrated supermodel teased her Instagram fans with a video of her baby bump on Wednesday. Graham is seen in the video forming her hands into the shape of a heart and placing them on her stomach. Her twins, two boys, look to be in a frenzy!

However, the soon-to-be mom of three captioned the precious video, “can’t wait to meet you guys.” She also posted a side-by-side photo of her bare bump, while she was wearing a yellow sports bra and matching shorts.

However, the body positivity campaigner and her husband Justin Ervin, who also have a 21-month-old son named Isaac Menelik, announced in September that they are expecting twins. In an Instagram video, the mother described the moment the couple discovered they were expecting not one, but two babies at an ultrasound session.

Meanwhile, Graham revealed her pregnancy in July, posting a maternity picture shot by Ervin, 32, with the caption: “The past year has been full of tiny surprises, big griefs, familiar beginnings and new stories. I’m just beginning to process and celebrate what this next chapter means for us.”

As per PEOPLE, Graham revealed in August that she was expecting her second child, stating that being in control “just gets thrown out the window” during pregnancy, something she learned the first time around.

“I learned that the hard way when I tried to control everything when I was pregnant with Isaac and I told myself that I was going to bounce right back because I was breastfeeding,” she admitted at the time.

Megan Fox and Brian Austin Green: Where the exes stand months after divorce