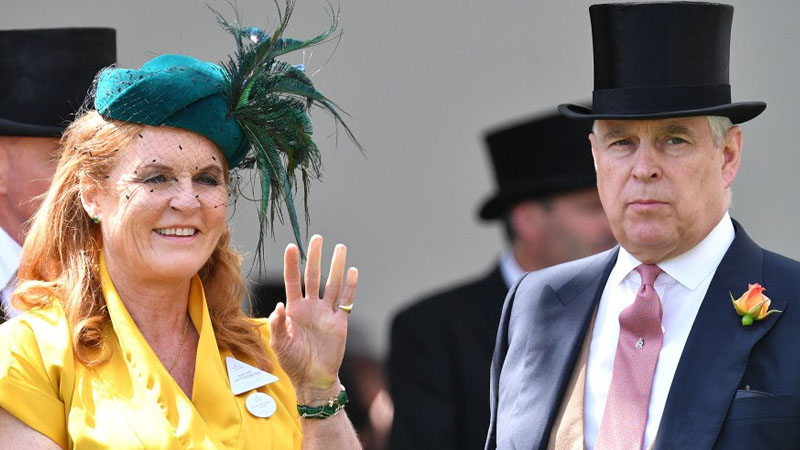 Prince Andrew’s former wife Sarah Ferguson used her Instagram account to send out a series of now-deleted messages for him, using his banned HRH (His Royal Highness) title.

The royal was banned from using the official title in the wake of his controversial sex assault case, which was recently settled out of court.

In the message, Prince Andrew wrote about serving in the Falklands War four decades ago, People reports.

The 62-year-old, who was a Sea King helicopter pilot during the 1982 war, said he had gone into the conflict “full of bravado” but left “a changed man.”

The post was signed: “Written by HRH The Duke of York.”

But in January, Queen Elizabeth stripped Andrew of that and all other military titles and removed his royal responsibilities because of his connection with convicted sex offender Jeffrey Epstein and the sexual assault civil court case launched against him by Virginia Giuffre.

While The Duke of York denied any wrongdoing in the Virginia Giuffre case, he settled out of court for an undisclosed sum. Prince Andrew has retained his title as Duke of York, but he can no longer use “His Royal Highness” at all.

“As I sit here at my desk on this cold crisp spring morning thinking back to April 1982 I’ve tried to think what was going through my mind as we sailed out of Portsmouth lining the flight deck of HMS INVINCIBLE,” the message read.

“So whilst I think back to a day when a young man went to war, full of bravado, I returned a changed man.

“I put away childish things and false bravado and returned a man full in the knowledge of human frailty and suffering.”

Prince Andrew and Sarah Ferguson, aka Fergie, married in 1986, separated in 1992, and divorced four years later.

Sarah supported Prince Andrew in the lead-up to the Virginia Giuffre trial and Princess Eugenie once told The BBC that her parents were “the best-divorced couple I know.”

To the apparent consternation of some other members of the royal family, Prince Andrew was front and center at a recent memorial to the late Prince Philip, Queen Elizabeth’s husband of 73 years.

It was expected that Prince Andrew would step right back from public visibility, but instead, he played a prominent role at the service, entering Westminster Abbey arm in arm with Queen Elizabeth.

Royal commentator Robert Jobson said the Queen had “insisted” on entering the church with her son.

“It does make some sense that he accompany her because he doesn’t have a partner,” Jobson said.

“A settlement has been paid but he’s guilty of nothing in the eyes of the law.

“[The Queen] has faith in Andrew.

“Even if he disappears from public life, he’s been able to pay tribute to his father, who after all, was very proud of his service in the Royal Navy, where he fought in the Falkland Islands conflict.”