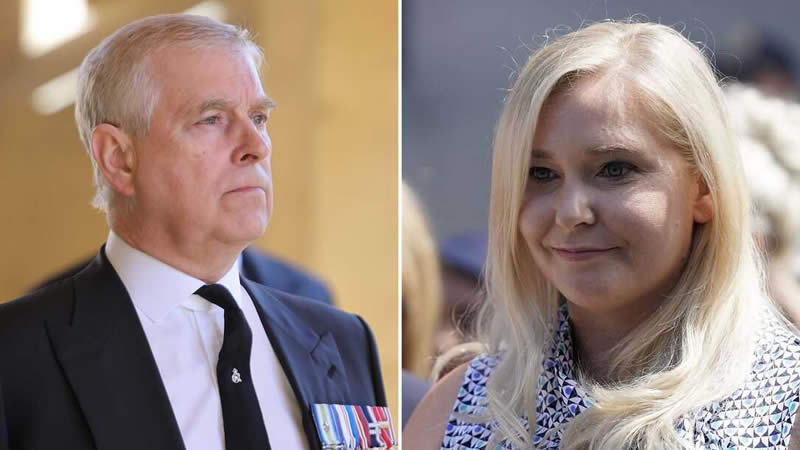 Britain’s Prince Andrew, accused in a lawsuit of sexually abusing a 17-year-old girl supplied to him by financier Jeffrey Epstein, has agreed to settle by making a substantial donation to his accuser’s charity and declaring he never meant to malign her character, a court filing revealed Tuesday.

The deal avoids a trial that would have brought further embarrassment to the monarchy. Besides the undisclosed donation to Virginia Giuffre’s charity, it says Andrew acknowledges she has suffered as an abuse victim. It did not specify whether Giuffre would personally receive money as part of the settlement.

Attorney David Boies, representing Giuffre, told the New York federal judge overseeing the case in a letter that a settlement in principle had been reached and lawyers on both sides would request a dismissal of the lawsuit within a month.

Andrew’s lawyer did not immediately return a message seeking comment.

Judge Lewis A. Kaplan said he would suspend the case until March 17, when he might set a trial date if the lawyers don’t ask for dismissal by then.

Giuffre, 38, sued Andrew in August. The American accused the British royal of sexually abusing her while she traveled with Epstein.

Andrew strenuously denied Giuffre’s allegations and attempted to get the lawsuit tossed earlier this year.

Attached to the letter from Boies was a statement that read: “Virginia Giuffre and Prince Andrew have reached an out-of-court settlement. The parties will file a stipulated dismissal upon Ms. Giuffre’s receipt of the settlement (the sum of which is not being disclosed).”

According to the statement, Prince Andrew acknowledged that Epstein trafficked “countless young girls” over many years and said the prince “regrets his association with Epstein and commends the bravery of Ms. Giuffre and other survivors in standing up for themselves and others.”

He also pledged to support the victims of sex trafficking as part of demonstrating his regret.

The tentative settlement comes weeks after Kaplan last month rejected the prince’s attempt to win early dismissal of the lawsuit, meaning depositions and another evidence gathering could commence.

After Kaplan ruled, Andrew — who had already stepped back from royal duties — was stripped of his honorary military titles and roles and leadership of various charities, known as royal patronages. He also can no longer use the title “his royal highness” in official settings.

The decision was an effort to insulate the House of Windsor from the fallout from potentially years of sordid headlines if the lawsuit moved forward.

It came after more than 150 veterans and serving members of the armed forces asked the queen to strip her second son of his military titles, saying he had failed to live up to the “very highest standards of probity, honesty and honorable conduct” that are expected of British officers.

Mark Stephens, an international lawyer, said pressure from the royal family would have pushed Andrew to settle, particularly as Queen Elizabeth II celebrates her Platinum Jubilee — or 70 years on the throne. The carefully worded settlement — in which Andrew admits only an unfortunate association with Epstein — allows him to save face, Stephens said.

“Essentially, what he’s done is throw himself on this judicial grenade to prevent wider damage to the royal family,’’ Stephens told The Associated Press. “And I think he had no alternative but to settle because otherwise, this case would have really overshadowed the Queen’s Jubilee, and we would have been hearing details of what he was alleged to have done with Virginia Giuffre. And all of that would have really caused problems for the royal family more broadly.”

Stephens estimated that Andrew paid around $10 million to settle, having gotten the cash after selling a ski chalet at a “fire sale’’ price. He speculated that the cash would be split into three unequal portions — with Guiffre, her lawyers, and charities taking a piece.

Besides the settlement, Giuffre gets to champion her support of abuse victims, and avoid having to relive “this whole experience in the public circus of a courtroom,” he said.

“She’s been vindicated in the sense that Prince Andrew acknowledges that she’s a victim of sexual abuse,” Stephens said.

Giuffre asserted that she met Andrew while she traveled frequently with Epstein between 2000 and 2002 when her lawyers maintain she was “on call for Epstein for sexual purposes” and was “lent out to other powerful men,” including Andrew.

Her lawsuit said she still suffers significant emotional and psychological distress and harm. She has alleged she had sex with Andrew three times: in London during a 2001 trip, at Epstein’s New York mansion when she was 17 and in the Virgin Islands when she was 18.

Andrew repeatedly denied Giuffre’s allegations and has said he can’t recall ever meeting her, although a photograph of Giuffre and Andrew together in a London townhouse, his arm around her bare midriff, was included in Giuffre’s lawsuit against him.

Inconsistencies in her statements over the years that would have been highlighted by Andrew’s attorneys at trial may have motivated her, in part, to settle, though she has explained them as innocent mistakes that occur when recalling traumatic events years later.

The settlement may be a relief to others beyond the prince and Giuffre because of the names that might have arisen at trial.

Andrew served in the Royal Navy for two decades, including as a helicopter pilot during the 1982 Falklands War. The honorary military roles he lost included several overseas ones, such as his title as colonel-in-chief of the Royal New Zealand Army Logistic Regiment.

He has spent years combatting concerns about his links with Epstein, the U.S. financier who took his life at age 66 in 2019 in a Manhattan federal lockup while awaiting trial on child sex trafficking charges. Epstein’s longtime companion Ghislaine Maxwell was convicted of related charges last month.

A settlement of the Andrew lawsuit would follow deals reached by Giuffre years ago to resolve separate lawsuits against Maxwell and Epstein. It was recently revealed that Epstein settled for $500,000.

The Associated Press does not typically identify people who say they are victims of sexual assault unless they choose to come forward publicly, as Giuffre has.