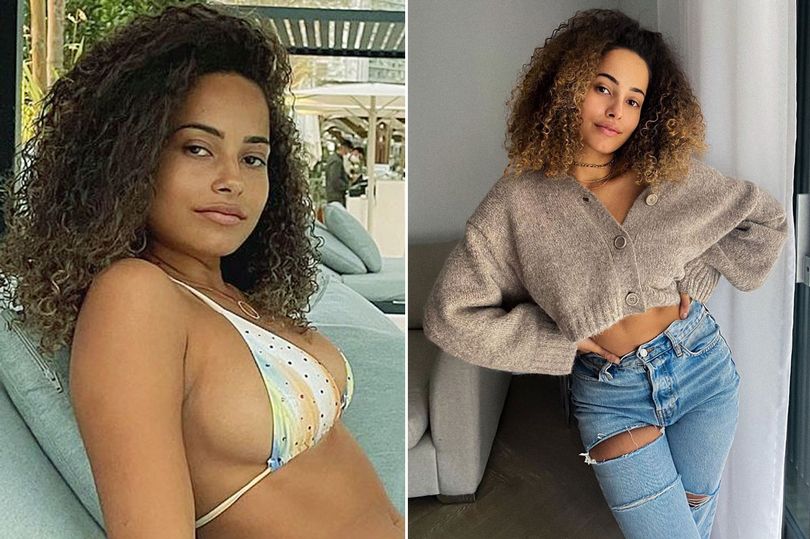 Love Island’s Amber Gill has revealed she is happily coupled up, and has been enjoying a secret relationship.

Keeping her lover’s identity private, the reality star said simply that she was “happy, really happy”.

The 23-year-old former beautician shared her surprise news when asked if she was “single and ready to mingle”.

Amber told Entertainment Daily : “At the minute, no.

“I’m not saying anything else. I’m not single and ready to mingle, that’s all I’m saying.”

She also shared that her partner was someone she had known for a while.

Amber, who recently shaped up and lost 15lb, said: “It’s someone I’ve known from before, it’s not somebody I’ve known from lockdown onwards. But yes I’m happy, I’m really happy.”

She was pictured last month with fitness instructor Jon Hosking, but her rep has said this is not who she was referring to.

Talking to the publication, Amber said that as a strong woman she “definitely” intimidated some potential dates, but saw that as a good thing.

“It just means that the ones that are intimidated, they get found out quite quickly and I don’t waste my time.”

Amber won over fans on Love Island, when she paired up with rugby player Greg O’Shea, 25.

The two won the 2019 series but broke up 16 months ago, less than two months after their time on the show ended.

Amber has since been linked to England ace Fikayo Tomori, after fans spotted her flirty comments on his Instagram images in January last year.

She was also previously forced to downplay her relationship with Love Island co-star Joe Garratt, insisting they were just friends after they were seen on a night out.

News of her new romance comes after Amber was criticised for her December trip to Dubai.

The influencer jetted off to the UAE before Christmas around the time Tier 4 restrictions came into force across London and much of the South East of England.