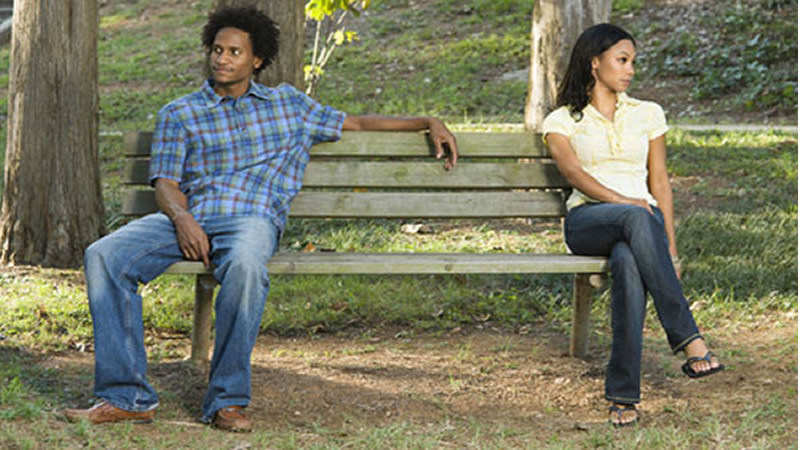 Everybody knows that relationships don’t exactly come with a guarantee card or a fixed expiry date. You can never gauge or judge the exact time or point in your relationship when the other person may start losing interest in you.

Miscommunications, decreasing patience levels, misunderstandings, and a lot more contribute to breakups. And while breakups are painful and require a lot of effort on your part to overcome them, you can still be prepared for them by noticing some signs in your partner that indicate that the storm is about to come.

Here are a few signs that your boyfriend probably wants to break up with you.

Has he gone very quiet lately? Has he stopped discussing his work life or private life with you? That’s probably because he doesn’t feel like talking to you now. It could be because of you not being comforting enough for him, or him finding the same comfort and ease in conversations with someone else now.

He’s forgetting anniversaries, your birthday, important lunch dates, or other events… Maybe because he is consciously trying to avoid you and subconsciously doesn’t want to be near you… These kinds of things indicate that you are less important to him now and that he doesn’t care the same way about you.

He’s going out more with another girl, or you’ve seen them getting close to each other physically and emotionally. Clearly, he’s getting attracted to someone else, and may soon want to break up with you.

Usually, when people are in love with each other and are working towards making their relationship stable and healthy for the long run, they talk after fights and sort out the differences.

They make an effort to make things work and come back on track. But if you are noticing your boyfriend not making any such efforts lately, then chances are that he is gradually becoming disinterested in you and is not keen on being with you in the long run.

Has sex become rare? Have PDA acts become less? Does he get irritated each time you go close to him in public and try to cuddle or hold his hand? One of the major things in making a relationship work is the physical intimacy between two people. And if you see that fading out from his side, then he probably wants to break up with you.

Of course, these are not the most accurate of signs. There could be other things too that could be playing on his mind, which you may not be aware of. And just because you notice these signs, it doesn’t mean that he definitely wants to break up with you.

Sometimes, these signs also indicate a disturbing phase in the relationship, which can be worked out by talking and sorting things out. Deal with it patiently, and things should fall in place for both of you. – magforwomen