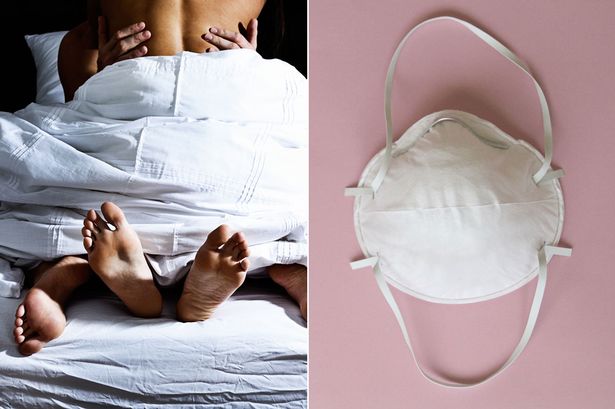 Sex with someone outside your social bubble will remain outlawed once lockdown ends, it has been announced.

In Parliament today Boris Johnson outlined new coronavirus rules which are set to come into force in England from December 2.

The new guidance all but rules out casual hook-ups for people who live in different households and don’t have a prior relationship.

The Prime Minister confirmed that people could still meet up under the so-called ‘Rule of Six’ if their area is still under Tier 1 rules.

However, people will still have to wear masks and observe social distancing when they gather in groups both indoors and outdoors making sex a rather tricky proposition.

Under Tier 2, things get even more difficult as all indoor recreation gatherings will be outlawed – although, technically, people will still be able to meet up in their back garden.

And Tier 3 restrictions will prevent people from meeting everywhere except in public places such as parks.

However, the guidance makes it clear that those who are already in an “established relationship” will be allowed to meet up in person without having to socially distance.

Despite major progress on vaccines, the new rules are expected to remain in force until March when they will once again be revised.

England’s second official lockdown will end at 12.01am on Wednesday 2 December.

The new proposals will allow non-essential shops, gyms and many pubs and restaurants to reopen.

People are no longer banned from leaving their homes without a “reasonable excuse”.

However, there will still be strict rules as every region of the country returns to either Tier 1, Tier 2 or Tier 3.

In the new system the 10pm pub curfew has been axed but thousands more pubs must shut in return – including all hospitality venues in Tier 3.

All cinemas, soft play, bingo halls and more will also be forced to close in all Tier 3 areas for the first time.

Britons will be able to find out what Tier their local authority when they are officially announced on Thursday.

And Tier 3 restrictions will be forced on local areas by the government with no right for the local council to refuse or appeal.

And the PM said whole of the UK will be given a brief break from lockdown rules over Christmas.

That means the above tier system will be suspended in England. Scotland, Wales and Northern Ireland will suspend their rules too.

No10 hopes to announce that system on Tuesday this week, but it still isn’t agreed between the four nations.

It was thought up to three households would be able to mix indoors for up to five days – perhaps December 22-27.

The 1 Thing Happy Couples Do Every Day