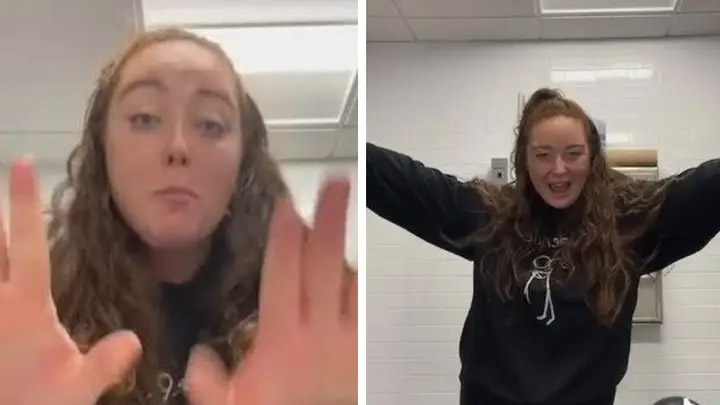 A TikTok user alleges that her former supervisor left her a harsh voicemail when she failed to show up for work. Instead of being hurt or upset by her manager’s statements, @gracekomalley (Grace O’Malley), a TikToker, laid a beat over the message and danced to it. Her video has received over 2.1 million views to date.

O’Malley is shown freestyling in her short video while a remixed version of the voicemail plays as club music. “Dancing to a voicemail I got when I didn’t show up for the first job I ever quit,” says a text overlay on the screen.

The message left on the voicemail is as follows: “Hello, girlie…. You should come over here as soon as possible. I don’t care where you are; you need to go to work because you are actually screwing us over, and I thought you were better than this.”

The message, however, has little effect on O’Malley, who mouths the contents of the voicemail as she prances around. In fact, the worker doubles down on her views about her previous company in the TikTok caption: “I hated working there so very badly.”

“Was your manager Snooki?” reads the most liked TikTok remark. “OK, but why does this seem like you’re missing out on the finest party ever?” said another. Others, on the other hand, were upset by the message itself.

“Management stinks if one employee not showing up wrecks everything,” says another complaint. “They’re not staffing appropriately.” “You better go to work because you’re actually screwing us over,” commented another TikToker. “I also love my job.”