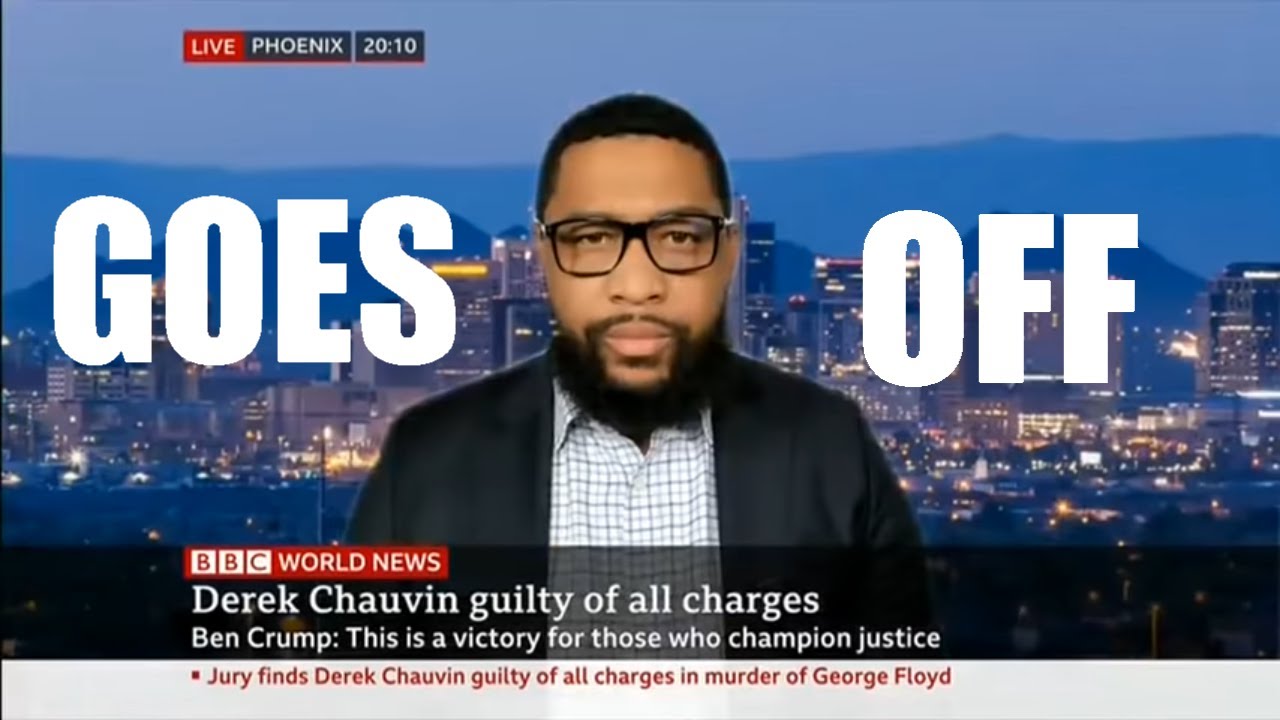 Ex Arizona police officer-turned conservative political commentator Brandon Tatum blast President Biden and the press for lobbying the Derek Chauvin trial, and claims that so-called ‘systemic racism’ is simply made by politicians and the media to get votes and generate revenue.

“I think we’re living in the twilight zone,” Tatum said of the Chauvin trial. “This conviction, in my personal opinion, did nothing for our country. People are living a lie. I mean this is one police officer, one person in the community, they found him guilty, this was the swiftest justice I’ve ever seen in my life. The day after the film came out he was arrested. He was tried. 10 hours of deliberation, he was convicted. I’m not really sure why people are acting like this is monumental”.

“Also, he did not get a fair trial in my personal opinion. There was a lot of obstruction that happened. They paid the family out $27 million before the jury could be selected. I mean, they’re going to have a case in appeal. I don’t know why people are celebrating and I don’t know why this is such a big focal point other than – people are making money off of the pain of people in our country.”

Tatum was asked by the BBC host if he was upset over this “landmark” case?

“This is not a landmark case, this is a political agenda,” Tatum shot back. They’re pushing laws in our country. Policing in America is not inherently racist. We don’t live in a racist country. This was an interaction between a police officer that I thought did the wrong thing, and a black man who was on drugs high, resisting arrest, and ended up being killed by that police officer. That’s as simple as it can be. The President of the United States got out and made a fool of himself trying to promote racism in a simple police encounter that the officer got convicted on”.

“So you reject President Biden’s comment about systemic racism and it being a stain on the whole nation?” the host replied.

“Yes, President Biden is an idiot in my personal opinion, and he’s just talkin’ because he’s a politician. Systemic racism – I mean if you look at Joe Biden himself, he spoke at a Klu Klux Klan-member’s funeral and did the eulogy of Robert Byrd … We don’t have a problem with racism in our country, we have a problem with people not following the law. We also have a problem with politicians making up things so they can get re-elected. And that’s exactly what has been happening. That’s why you never see anything change. They’re lying to us”.

The host then tried using woke racial statistics, arguing: “So the rate of people being killed by police – the rate is higher amongst black people than amongst the rest of the population. How do you account for that if that isn’t a systemic racism problem?“

Tatum shut that down with force, replying: “First of all that’s not true, twice as many white people are killed by police every year. Twice as many white people are killed unarmed by police every year – you just don’t see it. There’s a gentleman named Tony Timpa. I bet nobody has any idea who Tony Timpa is. Tony Timpa was murdered in the same fashion as George Floyd was killed, but because he was white, we don’t hear about it and nobody cares about it. Nobody’s talking about police reform when he was suffocated and killed. But they only talk about it because George Floyd is black”.

“Do you understand that there’s black police officers too that patrol many of these majority-black cities? Are they racist? No, that’s not the case”. “They’re just making things up in my personal opinion, and they’re riding a wave of dead black people in order to make money and get political leverage.”