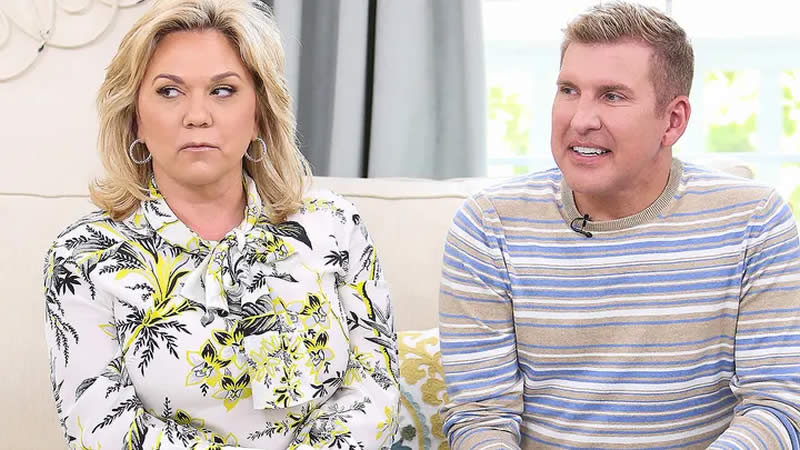 The couple known for their USA Network series “Chrisley Knows Best” was found guilty of federal charges in June.

Todd and Julie Chrisley were sentenced to years in jail on Monday, five months after being found guilty of federal fraud and concealing their money from tax authorities.

A federal jury in Atlanta found the couple, known for their USA Network sitcom “Chrisley Knows Best,” guilty of fraud, tax evasion, and conspiracy to defraud the United States in June. They were accused of plotting for years to scam Atlanta-area banks out of more than $30 million in fake loans.

Their accountant was also convicted of tax fraud for filing fake corporate tax returns on their behalf, and Julie Chrisley was convicted of wire fraud and obstruction of justice.

The famous couple was accused of manipulating documents in order to get bank loans and of using a production firm to conceal income from the IRS, all while flaunting their luxurious life on tv.

Prosecutors said that while the Chrisleys made millions from their show and other businesses, they avoided paying Todd’s 2009 overdue taxes and failed to submit tax returns on time from 2013 to 2016.

“The Chrisleys have built an empire based on the lie that their wealth came from dedication and hard work,” prosecutors wrote. “The jury’s unanimous verdict sets the record straight: Todd and Julie Chrisley are career swindlers who have made a living by jumping from one fraud scheme to another, lying to banks, stiffing vendors, and evading taxes at every corner.”

Worker dances to voicemail her manager sent her: ‘You’re literally screwing us over

Katee Sackhoff to Appear In Riddick 3