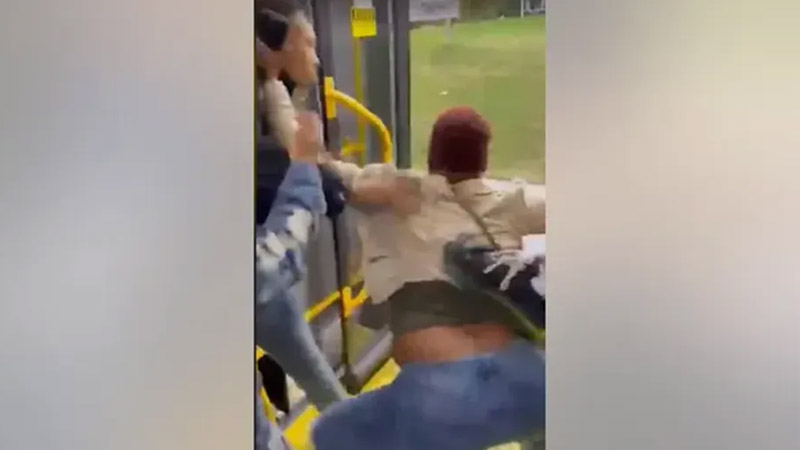 With the growth of crime in large cities, one can only hope to avoid the unwanted anger of a stranger or that someone will assist if things get out of hand. Unfortunately, no one listened to Kyla Thurston’s screams when she was attacked on a DC Metrobus.

According to WTOP, Thurston was riding the W4 Metrobus and gave her seat to a lady with children just a few weeks earlier. A group of juveniles and adults, mostly boys, also aboard the bus had been cursing around the kids and Thurston spoke up asking them to stop. Instead of shrugging their eyes or ignoring her, the gang turned obnoxious, tossing Thurston to the floor, and hitting and kicking her face and body.

She told Fox 5 DC that her cries for help went ignored by both passengers and the bus driver. “The bus driver made no attempt to stop the bus. He didn’t alert local authorities or anything to my defense. Even after I’m yelling at the top of my lungs, ‘Stop the bus – let me off the bus,’ the bus driver never stopped,” she said.

As the bus eventually came to a stop, one passenger took out their phone to capture the situation, and the others continued to take Thurston off the vehicle.

Thurston told reporters she had injuries on her arm and neck, as well as a damaged jacket. Metro informed WTOP News that there wasn’t much they could do in reaction to the event.

A spokesman from Metro spoke with WTOP’s Mike Murillo about the incident.

“Metro’s General Manager has personally reached out to the victim to extend his apologies for what she experienced on the W4 bus on Monday evening,” Ian Jannetta said. “Generally, bus operators are only permitted to stop at authorized bus stops unless they become aware that an incident jeopardizing safety is occurring on their bus. In those instances, they can stop where it is safe to do so and use an onboard system to send an alarm and contact the Bus Operations Control Center for assistance from a supervisor or Transit Police.”

Amalgamated Transit Union Local 689, which represents WMATA members among other means of public transportation throughout the D.C.-area, said in a press release that they support the policy of not stopping vehicles at unauthorized stops or attempting to break up a disturbance, as it keeps the operator out of harm’s way.

The Metro Transit Police Department is investigating the incident and has arrested two adults: Emoni Hubbard (27) and Terry Barnes (35).