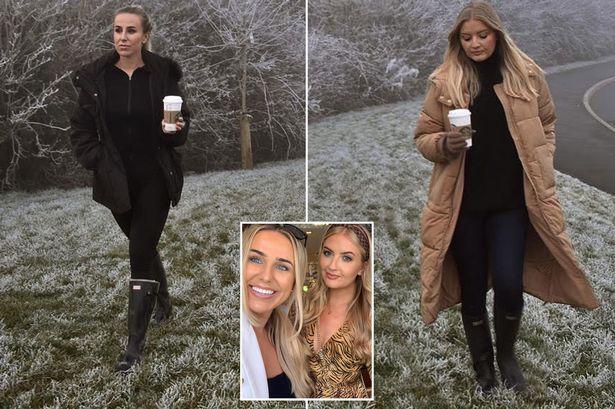 Two women who received £200 fines after travelling to a reservoir around five miles from their homes have had them rescinded by the police.

Pals Jessica Allen and Eliza Moore were shocked to be surrounded by police officers when they went for a stroll at Foremark Reservoir in South Derbyshire last week, who accused them of breaking Covid-19 restrictions.

They were stopped and issued fines, while they were told their trip was “not in the spirit” of the lockdown and the hot drinks they brought with them classed the excursion as a “picnic”.

Derbyshire Police’s chief constable Rachel Swann said: “I can confirm that a review into fixed penalty notices (FPNs) issued by my officers last week has been completed.

“Two fixed penalty notices that were handed to two women who had travelled to Foremark Reservoir on Thursday have been withdrawn and we have notified the women directly, apologising for any concern caused.

“I support the fact that the officers were trying to encourage people to stay local to prevent the spread of the virus. This is a responsibility for all of us.”

The walkers said they felt “intimidated” by the police’s approach. They both live in nearby Ashby-de-la-Zouch in Leicestershire and drove to the reservoir separately for their allotted exercise.

Speaking about being issued with the fine, Jessica said: “I explained that we were friends and we were going on a socially-distanced walk but they said we shouldn’t be there because we’re not locals.

“It had been a couple of weeks since I’d been and I said to my friend why don’t we go to the reservoir instead of the town centre because we noticed it was getting quite busy.”

Derbyshire Police and Crime Commissioner Hardyal Dhindsa welcomed the decision to rescind the fines given to two women after their reservoir trip.