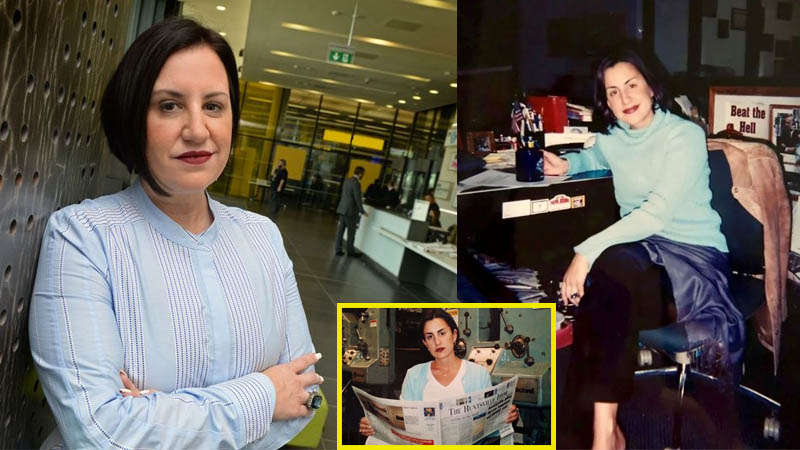 Michelle Lyons was 22 years old when she sat at the first execution, in Texas, while working as a journalist for The Huntsville Item.

Between the years of 2000 and 2012, she witnessed hundreds of death row inmates killed, all by lethal injection, writes Lad Bible.

Speaking about the first time she explained it made her “completely unbiased and unaffected” by what she saw, as the executions ran like clockwork and lasted a mere few minutes.

Witnesses and the media were brought in when everything was set up and the inmate was already strapped to a gurney.

But she later worked as an official spokesperson for the Texas Department of Criminal Justice, jumping the other side of the fence.

Michelle said: “Inmates are always given the opportunity to talk, and most of them do speak and have something to say.”

This is when she saw more than the clinical nature of the process, including meeting with prisoners hours before they died and hearing prison chaplains offer advice to those on death row on ‘how to die well’.

She explained there is a central room with a gurney in it, where the inmates lie, and two witnesses rooms divided by a wall. One for the prisoner’s family – up to five witnesses – where they sit at his feet so he can look down and see them.

The head of the gurney is where the victim’s family sit, and he can see them if he turns his head. The wall ensures the two groups never meet.

When everything is ready, prison officials come and inform the warden to proceed and the warden gives the inmate the opportunity to make a last statement.

Michelle said: “Most of them don’t talk for very long – there was one execution that I witnessed [the 2000 execution of Gary Graham], it was over 20 minutes he spoke.

“They don’t allow that usually. Usually, the warden will allow them to talk for about two minutes.”

Some may choose to apologise for their crimes, others take their own route, she explained.

She added: “Then, you had some that would just do outlandish stuff. We had one guy that was telling jokes, we had another that was referencing a song – it’s called ‘The Road Goes On Forever And The Party Never Ends’ – it’s by a Texas songwriter and the lyrics very closely mirrored his tastes.

“Then, you had some that didn’t speak at all, and I found that unsettling.”

But others were hard to forget because it would turn ugly.

She explained: “We had two guys in one night, and the first had a really ugly statement where he was telling the victims’ families, ‘I hope y’all get in a crash and die on your way home,’ and he said, ‘You can kiss my ass,’ and a whole bunch of stuff.

“It really stood out that night because it was so ugly, but then the second execution afterwards, the guy was so apologetic and was crying and telling the victim’s family, ‘I am so sorry I did this to you.’

“It was just such a crazy contrast to see in the space of 30 minutes, and it stuck with me.”

After leaving the TDCJ, she penned a book about her experiences, Death Row: The Final Minutes.

Fearless boy, 15, tried in vain to shield sister from evil dad who shot them both dead

Mark’s Wife Saw Something Terrible after Mark Found, Two Babies, in The Garbage and Took Them Home