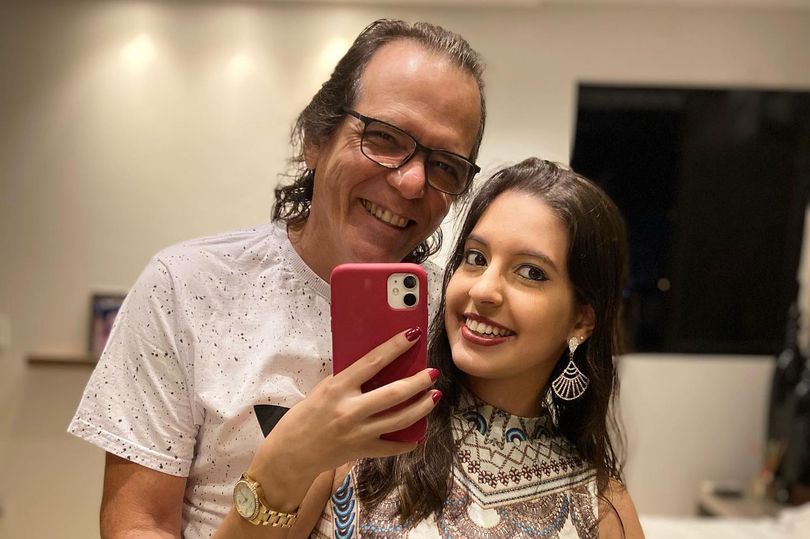 A woman faced backlash after disclosing her marriage to a radio DJ 40 years older than her. Maria Eduarda Dias, a 23-year-old nursing student, began dating Nixon Motta, 63 when she was just 16. The couple decided to announce their marriage on TikTok, which drew a lot of criticism.

“I’d genuinely anticipated it would go viral, but in a nice manner,” Maria, from Brazil, said. I expected people to say, ‘What a great love tale,’ but that wasn’t the case.” “This is disturbing in so many ways,” one social media user said. Another person wrote: “There is no way to normalize this, people. “It’s one thing to be 30 and in a relationship with a 60-year-old man.

But what about being 16? There’s a term for that.” Nixon said that he did not expect such a hostile reaction and that it was not due to his wealth. “A lot of people are thinking I’m definitely [wealthy], and she wants financial security,” he promised.

“Everything between us has always been consensual,” Maria continued. He has never done anything against my wishes. ” There has never been any such possessiveness, pushing me to do anything, or taking me anywhere I did not want to go.”

“Our story, from the beginning to today, is amazing,” Nixon added. Nothing was planned.” However, he said that many people were initially opposed to their partnership. “Practically all of our common friends were against it,” he concluded. Few people were in favor.” The pair got engaged in December 2020 and married in June of last year, which was recognized by their families.

Urgent appeal for missing mum, 20, and her two daughters who were last seen two days ago