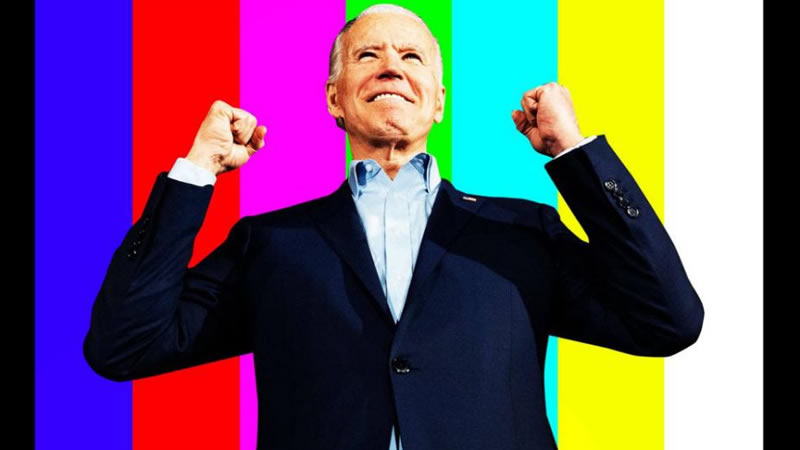 That new documentary on QAnon ended with something of a bang, with one likely suspect seeming to half-confess that he was “Q,” the oracle of the violent conspiracy movement. But there may not be even a single “Q,” explains Will Sommer, one of the people featured throughout the documentary and the co-host of The Daily Beast’s new hit podcast, FEVER DREAMS.

“There was kind of like this group surrounding the original Q,” Sommer, who’s writing a book on QAnon, tells Molly Jong-Fast on the latest episode of The New Abnormal. “There’s not even one solid Q in the beginning. I mean, Q does not use the name. All these posts that are attributed initially to Q do not use the Q name. So you get into this fight over the canon of who is Q, who’s not Q.”

Speaking of delusional movements, the Republican Party is at a bit of a loss these days. They can’t seem to figure out how to get in the way of Joe Biden’s agenda—or even to throw an effective counterpunch against the guy.

Carville adds, “I think the most significant 24 hours in American politics was from 8 p.m. Eastern on the fifth of January to 8 p.m. Eastern on the sixth. And that time you had the two Georgia wins and you had the insurrection, and those events taken in tandem have been very, very underappreciated by contemporary commentators. They were just a different party on the night of Jan. 6. Everything changed in a 24-hour period. And you know, they’re still off-balance.”

“And while they are balancing, I think the Biden people are just staying focused and running as much through as they possibly can. But [the Republicans] don’t have a coherent pushback. It’s all CBS: cancel culture, the border, and senility. That’s all they do,” Carville adds.

“They just completely reinvented a coalition and their messaging overnight have gone from an Episcopalian, Presbyterian, white party [to] rural and non-college… They don’t want to talk about free trade or anything like that,” he continues. “And Biden is not this polarizing figure. I mean, you can’t gin it up. I mean Obama, for obvious reasons, he could get them all ginned up. They try to get a charge out of Biden, but it just doesn’t work that well… They’ll get it back. But right now they’re having a hard time.”