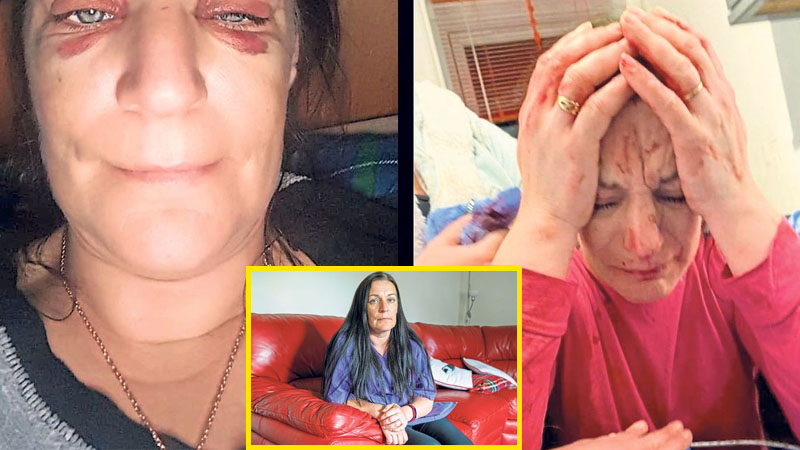 A woman has been left suffering from long term memory loss and concussion after being beaten by a benefits mum who’d previously gone on a kebab shop rampage.

According to the details, Anne Marie Fowler, 33, was jailed for 22 months this week after she admitted subjecting Carrie Rapson, 41, to a “bizarre” and vicious attack. She grabbed her by the hair, dragged her along the ground, repeatedly punched her on the head and struck her head against a fence post.

She flew at mum-of-two Carrie, after claiming one of her daughters had been laughing at her, grabbed her by the head, and repeatedly punched her.

Carrie was so badly affected by the attack, she now has cameras around the inside and outside of her home and a security bell, reports the Daily Record. “I’m not the same person I used to be, and I still think about it every day,” she said.

Fowler struck at 10pm on Christmas Day at Lochleven Terrace, after she was spotted in the street arguing with two men by one of Carrie’s daughters, Daisy.

“Christmas Day had been really good and I went to bed at about 9pm because I was shattered,” Carrie said.

“We knew the lockdown was restarting on Boxing Day and my daughter Daisy had presents to exchange with a friend a few doors up so I said she could go out and do that. As she was heading back with two friends, she could see Anne Marie Fowler arguing with two men, who were fighting. They crossed the road but Anne Marie started chasing them.”

Fowler, a 33-year-old mother from Kelty, Fife, claimed Daisy, 13, had laughed at her in the street.

Last year the woman dodged jail after flying into a rage at takeaway Kebabish in Falkirk. Shocking video footage showed her wrecking the eatery while she flashed her boobs and falsely claimed that staff had raped her. The thug called horrified takeaway workers “black b*****ds” as she destroyed a glass display.

She also picked up a charity tin and launched it at the shop owner’s head as staff called the police.

Sheriff Jamie Gilchrist said the attacker will remain in custody until she’s sentenced next month on May 17.