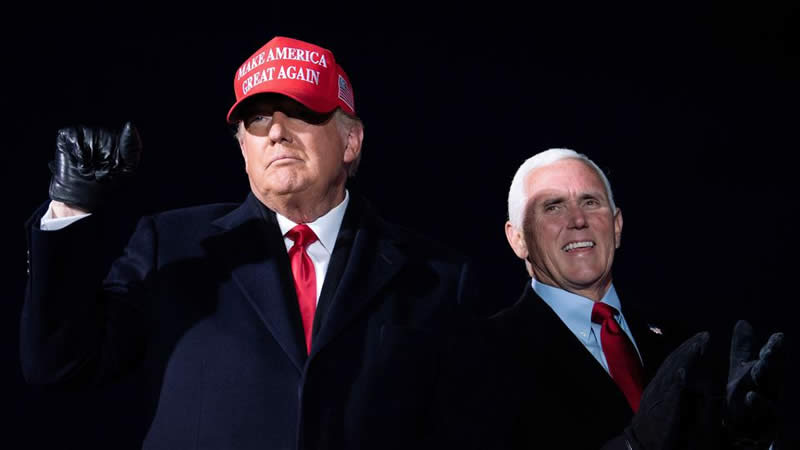 Donald Trump was defeated in both the electoral and popular vote by Joe Biden and for obvious reasons. Trump bungled his response to the coronavirus pandemic and literally mocked the disease and the guidelines that were in place to fight against COVID-19. And Trump lacks empathy. The former president even danced to YMCA while Americans were dying. He lost, and he deserved to lose. But, his narcissistic brain just can’t seem to face that reality.

On Saturday, the twice-impeached one-term former president issued a pair of statements to propagate his big lie that the election was stolen from him. And once again, he lashed out at former Vice President Mike Pence and Senate Minority Leader Mitch McConnell (R-KY) for not helping him overturn the election results.

Trump called it the “CRIME OF THE CENTURY,” then said in another statement: “Other states had me purposely so far down that it would force people, even fans, to say “Let’s stay home Darling. We love our President, but he can’t win.” … It’s called SUPPRESSION POLLING and it should be illegal.”

“The 2020 Presidential Election was, by far, the greatest Election Fraud in the history,” Trump said. “Had Mike Pence had the courage to send the Electoral College vote back to the states for recertification and had Mitch McConnell fought for us instead of being the weak and pathetic leader he is, we would right now have a Republican President who would be VETOING the horrific Socialistic Bills that are rapidly going through Congress, including Open Borders, High Taxes, Massive Regulations, and so much else!”