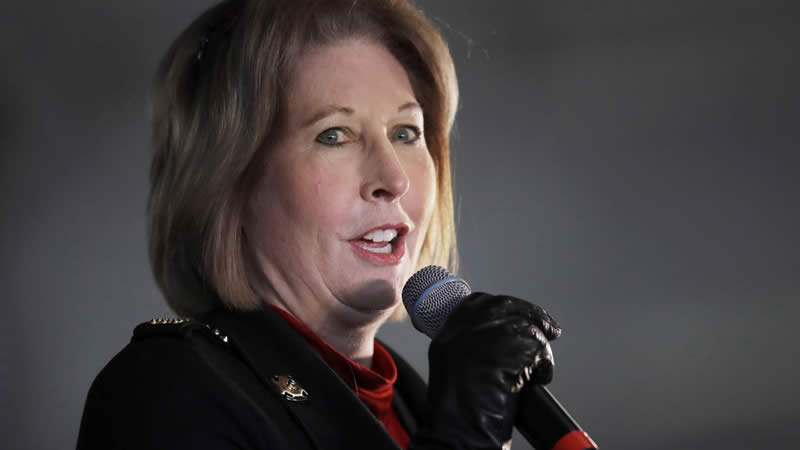 The hit pieces we predicted last week are incoming now—in clearly coordinated droves! We note that as soon as Sidney called out Dominion after the election, the company hired Obama’s “public relations” machine, and the smear campaign of lies is going full force!

Multiple outlets are piling on to spread lies about Sidney and her use of funds from Defending the Republic.

The truth IS in the AP article, but it is buried in paragraphs nine and ten.

QUOTE FROM ARTICLE: Powell didn’t respond to interview requests, but one of her attorneys said she denies Dominion’s accusations. Powell’s personal legal bills are covered by her malpractice carrier, and her nonprofit has a proper corporate structure with a board of directors, said her lawyer, Howard Kleinhendler.

“She does not have unfettered control over its funds or how the funds are spent,” Kleinhendler wrote in an email. “DTR intends to comply with all federal and state filing requirements when they are due. At that time, you as well as the rest of the world will see the necessary financials.”

These charges are being made by Dominion Voting Systems. Remarkably, Dominion is not only suing Sidney personally for exposing their crimes in the 2020 election, but Dominion is also suing her law firm and Defending the Republic itself. Dominion deliberately is causing Defending the Republic to expend funds to defend itself. The same is true for Sidney. That’s part of the evil game they play: cause diversion of time, energy, and resources of all who seek the truth. And, they coordinate it all with their media powerhouses to brainwash any of the public who listens. Please help us share the truth.

Dominion is especially panicked now because its crimes are being exposed in greater detail with the Arizona Audit. More evidence of their crimes will be exposed as the lawsuits against Sidney and Defending the Republic progress—that is, unless the case is dismissed on various legal grounds including the lack of any valid claim against Sidney or DTR. To read the pleadings, go to SidneyPowell.com or DefendingTheRepublic.org.

Here is a quote from Sidney: “It is maddening that these allegations have been floated by Dominion to the FAKE NEWS for dissemination. The donations from freedom loving people are held by us as a sacred trust. They were given with the belief and confidence that I, through Defending the Republic, would do all we could to expose vote fraud and help people who have been damaged by exposing vote fraud and protect the God-given rights enshrined in our Constitution. That is exactly what we are doing and will continue to do. Anyone who has supported Defending the Republic can have full faith that their donations are being properly used. My insurance carriers and I are funding my personal defense even though it would be proper for Defending The Republic to do so under these circumstances.”