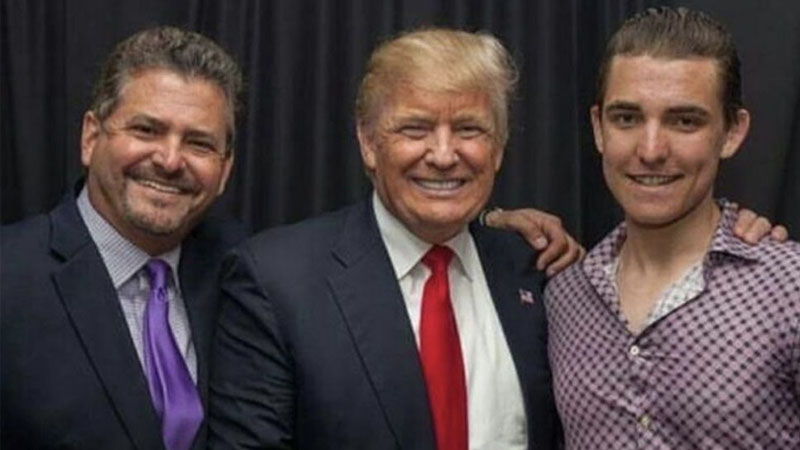 Some people never learn. Remember Jacob Wohl? And his Surefire Intelligence detective agency, which made Ace Ventura look like James Bond by comparison? He and his partner in crime Jack Burkman got sued by the State of New York to the tune of $2.75 Million for making robocalls designed to discourage Black voters from voting by mail, ahead of the 2020 election. Daily Beast:

New York Attorney General Letitia James announced Thursday that her office has filed a lawsuit against bumbling right-wing conspiracy theorists Jacob Wohl and Jack Burkman over robocalls the pair allegedly made to suppress the Black vote ahead of the 2020 presidential election.

“Hi, this is Tamika Taylor from Project 1599, the civil rights organization founded by Jack Burman and Jacob Wohl,” the automated recordings told the targeted voters. “Mail-in voting sounds great, but did you know that if you vote by mail, your personal information will be part of a public database that will be used by police departments to track down old warrants and be used by credit card companies to collect outstanding debts?

The CDC is even pushing to use records for mail-in voting to track people for mandatory vaccines. Don’t be finessed into giving your private information to the man, stay home safe and beware of vote by mail.”

James says 5,500 New Yorkers were affected; she’s asking for Wohl and Burkman to pay $500 for each violation and forfeit all profits.

If successful, they will be on the hook for $2.75 million, in addition to the felony charges they face in other states for the alleged scheme. Wohl and Burkman have a history of failed schemes, including an attempt to pin false sexual assault allegations on now-U.S. Secretary of Transportation Pete Buttigieg, former special counsel Robert Mueller, and Sen. Elizabeth Warren.

The Mueller debacle was something off of SNL. One night Wohl tweeted: “Several media sources tell me that a scandalous story about Mueller is breaking tomorrow.

Should be interesting. Stay tuned!” The idea was that various women had come forward, saying that they had had liaisons with Robert Mueller in hotel rooms, what have you.

This had all been deduced by Surefire Intelligence. Burkman said that Surefire was a real company but when you scratched its veneer with a fingernail, you found out the following.