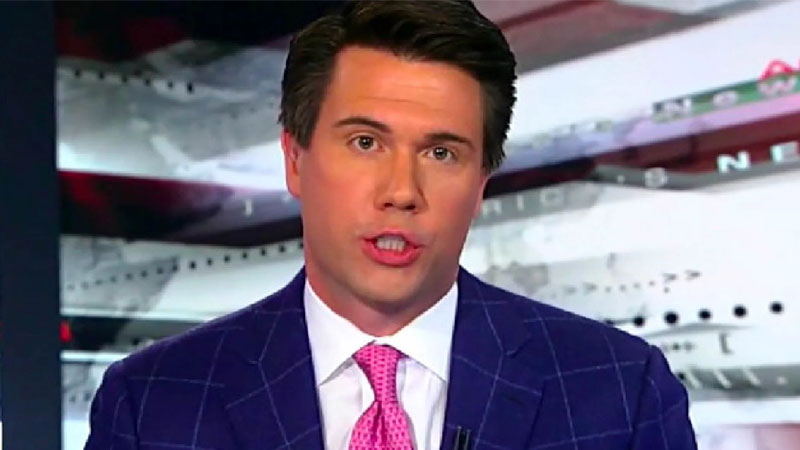 One of the biggest Never Trumpers is now gone off of Fox News.

Horray! One down, and God-knows how many more to go…

You’ll know who he is when I say his name: Leland Vittert.

Remember that guy? He’s the Never Trumper who actually “laughed” at the idea that the 2020 election was stolen.

Who can forget this interview right? It was very combative and Leland was extremely disrespectful and he was never seen or heard from again after this.

Vittert was actually yanked off the air back in January after President Trump tore into him.

“Were @FoxNews weekend anchors, @ArthelNeville and @LelandVittert, trained by CNN prior to their ratings collapse?” Trump said in a tweet in 2019. “In any event, that’s where they should be working, along with their lowest-rated anchor, Shepard Smith!”

Well, 4 months later, and karma has just shown up for Leland…It’s been announced that Leland will no longer be a part of the Fox News family.

Supposedly, the decision was “mutual.”

“We have mutually and amicably parted ways with Leland Vittert,” a spokesperson for Fox News said.

Yeah, right. You fired him, Fox News, and you should have.

He had a bad case of TDS and he was part of the nightmarish Fox News “weekend” lineup that was clearly “Never Trump.”

The fabulous US$100 million life of Ivana Trump