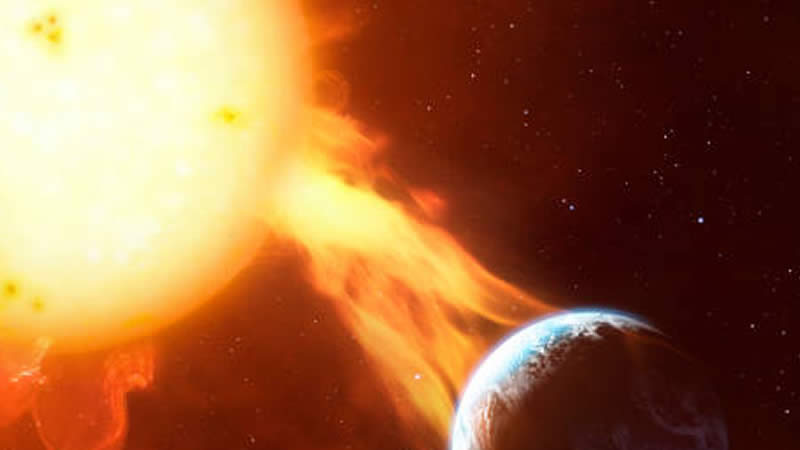 Solar flares are easy to overlook because they are constantly-occurring phenomena unless one that is particularly powerful and directly affects Earth. Solar flares are fiery pockets of plasma that form on our star’s most active regions, called sunspots.

They’re also to blame for a slew of occurrences that have the potential to shake the planet, particularly the lives of its inhabitants. Until astronomer Richard Carrington documented the first one in 1859, in what is now known as the “Carrington Event,” such occurrences went mostly unnoticed (via NASA).

The only kind of technology affected by this unusual event at the time was the telegraph, which caused electrical wiring to catch fire, startling some operators in the process.

However, the world is now more than ever dependent on technology, which can cause solar flares to a much higher extent. The question now is how severe the consequences will be if a possibly calamitous solar flare hits Earth?

Throughout recorded history, some of the largest solar flares have caused huge power outages, disrupted communications, and wreaked havoc on numerous electrical instruments (via Space.com).

According to NASA, the energy of this flare was akin to the fallout from numerous nuclear bombs. It was so powerful that it caused underground electrical currents across North America, resulting in a complete blackout in Quebec barely two minutes after power grid vulnerabilities were discovered.

Another solar flare short-circuited French satellites in 2000, and one in 2006 was so intense that it overloaded the satellite observing it and scrambled GPS signals on the ground.

The biggest solar flare is yet to come

As per independent, many unnerving solar flares have already been observed by satellites and telescopes, including those that would be cataclysmic if they had hit Earth. Solar flares are classified by the National Oceanic and Atmospheric Administration (NOAA) based on their severity and tendency for causing radio blackouts (via NOAA).

M-Class flares, according to NASA, are capable of generating brief radio blackouts. Solar flares of the X-class, on the other hand, are considered the most dangerous, as they can cause global blackouts and prolonged radiation storms that can even irradiate airline passengers.

The solar flare that shut down Quebec’s power grid was classified as an X20 solar flare. However, in 2003, NASA recorded another 2003 that was so intense that it overtook the GOES-12 satellite which was observing it, forcing scientists to guess its classification.

According to NASA, the event was later judged to be between X34 and X48. It’s lucky the explosion’s trajectory missed Earth, otherwise life might’ve been quite different.

Should you be worried about solar flares today?

Solar flares can sometimes emit electromagnetic radiation that travels so quickly to Earth that it can harm any sunlit place on Earth in near-real-time, according to NOAA.

According to NASA, solar flares intercept radio signals while Coronal Mass Ejections overload generators and cause short circuits. Both usually happen one after the other, which makes a direct hit all the more worrying.

According to NASA, more plausible threats can stem from blackouts that render airplanes, communication towers, and emergency units blind and unresponsive. Those who rely on cellular signals may become sitting ducks, while those who require accurate instrumentation readings to survive become defenseless.

Although it may appear to be doomsday, this scenario can only happen if we didn’t have any contingency plans in the first place. Fortunately, modern power grids are now better able to withstand such disasters. NOAA also keeps a close check on the sun and can advise on what to do if there are any unusual readings.