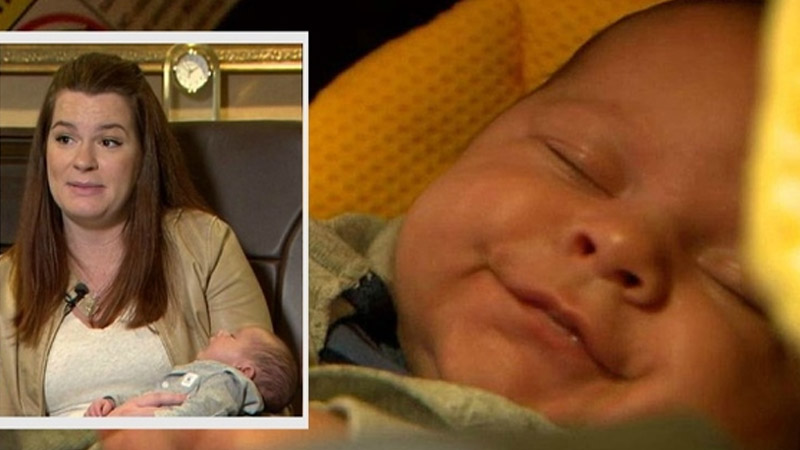 Giving birth to a child is a joyous occasion for any expectant mother. However, for one woman in Lebanon, Tennessee, joy quickly turned to terror when nurses returned her newborn son from his routine “physical” and she noticed something important was missing.

Jennifer Melton gave birth to her son, Nate, at University Medical Center recently. A standard procedure occurred shortly after she gave birth, and nurses took the infant for a routine physical.

Doctors made a mistake that Jennifer will never forget while the infant was gone.

“The baby was perfect, healthy, and beautiful,” Jennifer explained, according to CBS News. “At that point, the nurse started to mention the procedure they had done that they had clipped his tongue,” said Jennifer. Obviously shocked to hear he had surgery, it didn’t take long for anyone to notice doctors had made a massive mistake – they had performed surgery on the wrong baby.

Somehow, a doctor had managed to perform a surgical procedure on Nate that was meant for another child. “Essentially they took our child who was healthy from the room and cut his mouth,” explained Jennifer. “At that point, I began to cry hysterically.”

The surgery that was performed on Nate by mistake is known as a frenulectomy. According to Pix 11, the procedure is typically performed when a baby is having difficulty nursing and “doctors clip the small part of skin under a baby’s tongue.” Baby Nate’s tongue was completely operational and did not require the procedure.

For any consolation that it offers, the doctor who made the mistake didn’t try to make excuses for his actions. Instead, he took responsibility and explained in his hospital report, “I had asked for the wrong infant. I had likely performed the procedure on an infant different than the one I intended to … and I admitted my mistake and apologized.”

Jennifer is irate and legitimately concerned about how the doctor’s mistake will impact Nate in the future. “We don’t know if the child will have speech problems or eating problems. The concern here is this was a healthy baby that was supposed to leave the hospital but instead was harmed by the hospital,” said Kelly. However, the hospital has declined to comment on the incident.

There is no excuse for this doctor’s carelessness. Certain protections are in place to ensure that this type of error does not occur. It’s possible that the child will not be affected by this procedure in the future, but had it been something far more serious – healthy baby Nate could be facing far greater difficulties in his life all because a doctor decided to be lazy.

Devastated mum diagnosed with cancer after finding lump during play fight with son, 2