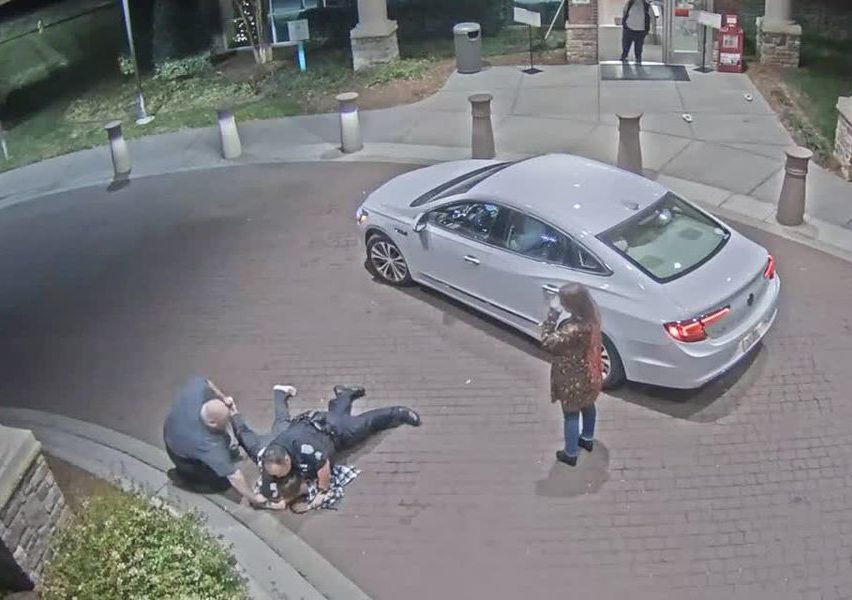 A North Carolina teenager taken to a hospital by his mother for help with a mental health crisis was hit with a stun gun, beaten and body slammed by hospital personnel and sheriff’s deputies, then left bleeding and handcuffed outside, according to a lawsuit. The lawsuit says Jessica Long had taken her 16-year-old son to Atrium Health Lincoln in Lincolnton in December 2019 and asked security officers to help get him inside, The Charlotte Observer reported Tuesday.

A 45-minute surveillance video cited in the lawsuit shows a handcuffed teenager sitting outside Atrium Health Lincoln on a curb when he is punched in the face by a deputy responding to 911 call. Atrium and Lincoln County Sheriff Bill Beam told CBS affiliate WBTV last year that the officers acted appropriately given the teen’s threatening behavior.

But Long’s attorney, Brad Smith of Charlotte, told the newspaper that the video clearly shows that Long and her son went to the hospital “in crisis and in desperate need of medical care.”

About 40 minutes after he arrived, the teenager is led into the emergency room. The lawsuit says he suffered serious injuries and deals with “persistent psychiatric trauma” from the confrontation. He was arrested for assault and other crimes, but Smith said the charges were dropped.

The lawsuit also said the defendants libeled and slandered the family by making false statements about the confrontation and the teenager to justify their actions, while also sharing the teen’s private medical records with unauthorized individuals.

The lawsuit names Atrium Health, the Charlotte-Mecklenburg Hospital Authority, deputies Justin Polson and Michael Johnson and Sheriff Beam. It lists a variety of claims, including assault and battery and excessive force, false imprisonment and infliction of emotional distress.

Beam and the health system have said their actions were appropriate given the teenager’s behavior. “Spitting in a law enforcement officer’s face … is a felonious assault and he had a right to stop that assault from occurring,” Beam told WBTV last year.

The sheriff wasn’t immediately available for additional comment on Tuesday.

Atrium said the teen’s behavior forced the security officers “to make sure they could keep themselves, our patients, and our entire care provider team safe.”

A Charlotte attorney asked a judge to dismiss the case, citing governmental immunity and the teenager’s “contributory negligence.”

Lion Attacks Leopard On The Road And It’s Over Quickly