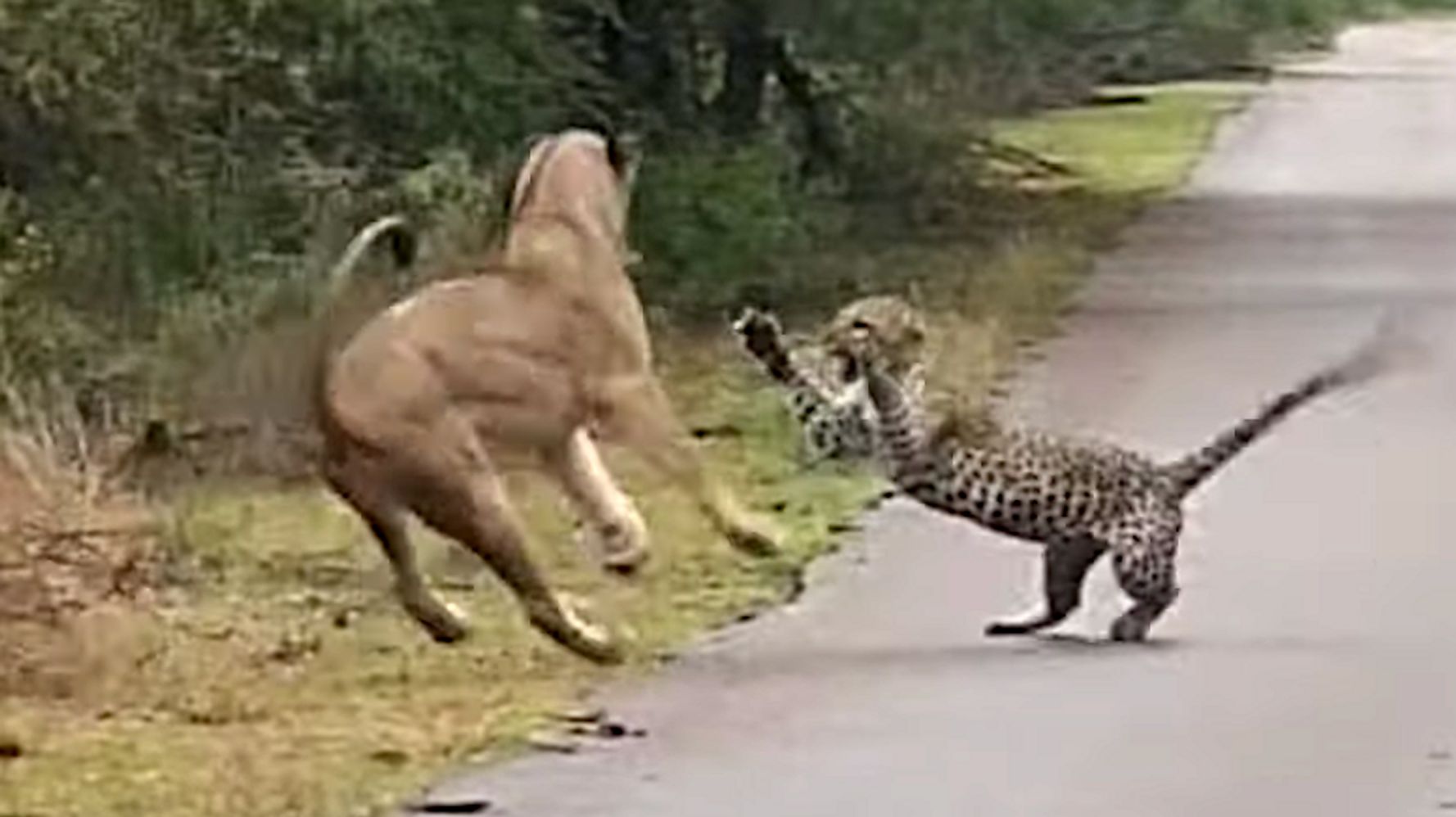 A lion stalked a leopard walking on the road and attacked it in South Africa’s Kruger National Park area, video posted Wednesday on Kruger Sightings shows.

The spotted cat swiped its claws at its larger assailant, making the lion jump into the air to avoid contact. The leopard then skedaddled into the bush and the lion declined to pursue it.

The lion walked another 50 meters “and then disappeared into the bush on the opposite side of the road,” Kayla du Toit, the 18-year-old university student who shot the video, wrote at Latest Sightings.

“Just to see 2 of these amazing animals at the same time and then to see such a rare interaction was truly amazing and one of the best feelings ever!” du Toit wrote.

This quick beef could have been a lot more serious. Leopards and lions are enemies and will fight to the death. More than 20% of leopard deaths in the area are caused by lions, according to a 2017 study.