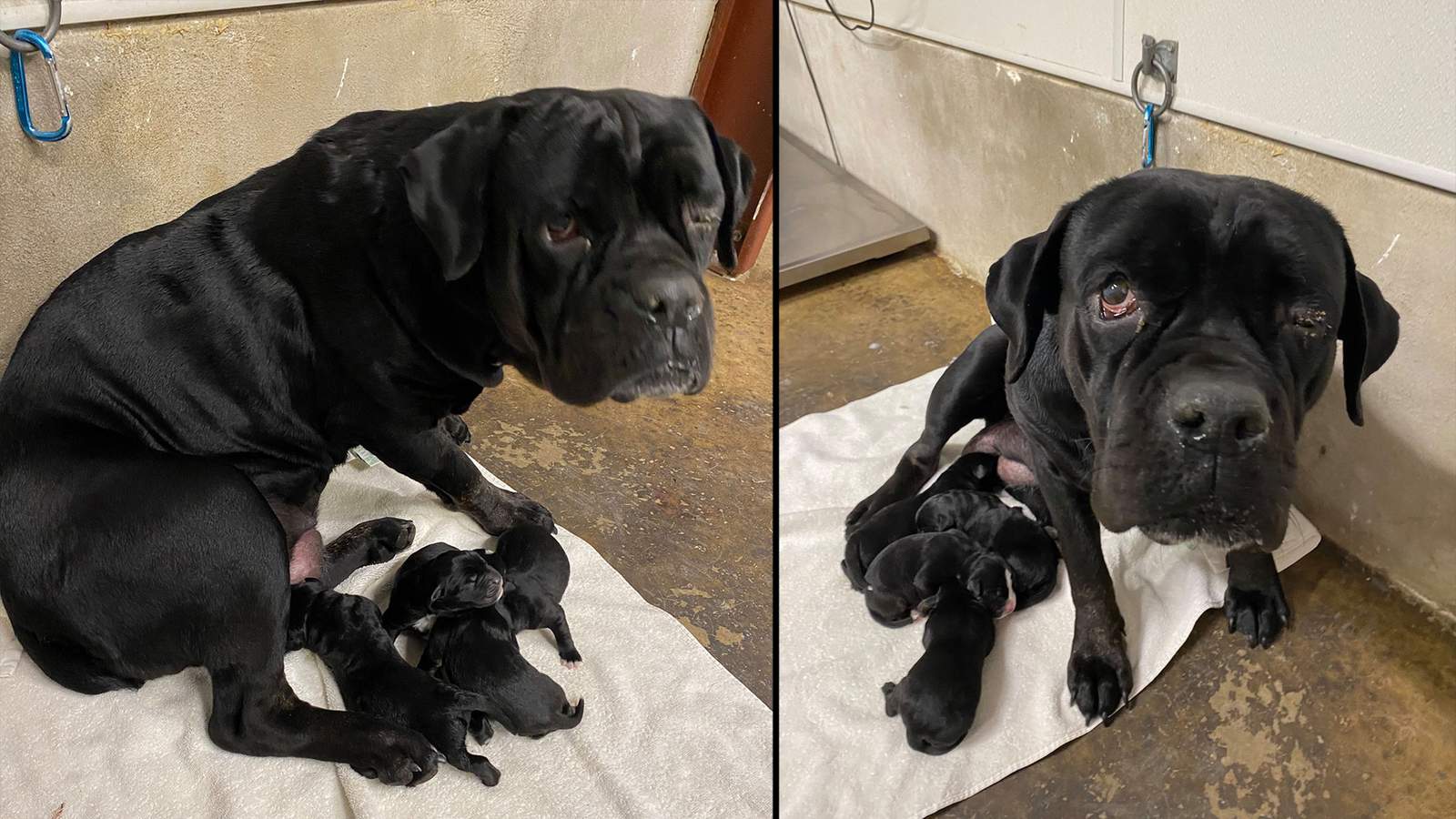 There will hopefully be a happy ending for a mother dog and her newborn puppies who were found dumped on a “lonely dirt road” in Atascosa County, but whoever left them there could be facing charges, according to Atascosa County Animal Control (ACAC) officials.

Someone called county officials after seeing the animals and animal control employees went to pick them up. A Facebook post from ACAC posted Wednesday noted that the weather was cold and that the newborn pups wouldn’t have survived long.

Officials brought the dog and her puppies to the shelter and gave the new canine family a warm kennel with soft blankets.

The mother dog was given medical attention due to an infection in her eye.

ACAC officials contacted Puppy Pleasers, a local rescue partner of the shelter, who was able to take in the mother and her puppies.https://www.facebook.com/AtascosaAnimalControl/posts/3224786171081135

“They vowed to keep the family together until the puppies were old enough to be weaned. They also promised to continue treating her eye infection and make sure that momma and babies were safe and secure,” ACAC officials said in the Facebook post.

A criminal investigation into who dumped the dogs is currently underway and, if found, the person responsible is expected to face criminal charges.

Anyone with information is asked to call Atascosa County Animal Control at 830-769-2341.

4 Puppies Were Found Rotting Away, But One Turned Out Different From The Others