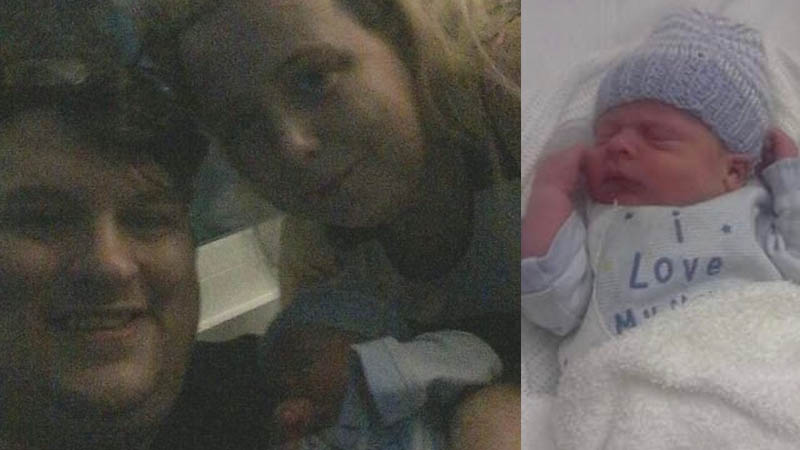 A woman thought she was bloated from her IBS — but realised she was pregnant when she gave birth in the toilet.

Samantha Vallance, 32, was in bed with husband Richard at their house in Doncaster in the early hours of Monday morning when she felt a sudden pain in her side.

She got up to go to the bathroom, but then shouted that she was having a baby to her husband — who thought it was a joke at first, Yorkshire Live reports.

Samantha ended up going through the entire birthing process in the bathroom as there was no time for ambulance crews to get there in time.

New dad Richard, 39, said: “We were in bed in the early hours and Sam got up to go to the toilet.

“She said she felt a sharp pain down below, next thing she is shouting me saying she was having a baby. I was stunned.

“Sure enough when I got there baby was starting to show so I quickly got some towels and caught the baby coming out.

“It was a very rapid birth. It was too late to ring an ambulance so I checked the babies breathing and it appeared healthy and normal.

“I helped Sam lay down and then kept checking on the baby while I rang the ambulance.”

Shortly after that, the ambulance arrived, and mum and baby were taken to hospital to get checked over.

Richard said that there were no signs that Samantha was pregnant, she had been a bit bloated but they just put it down to Irritable Bowel Syndrome (IBS) which can cause gastrointestinal discomfort.

She was also on a contraception injection at the time.

Richard added: “In the few moments it had taken between her calling me and then seeing the baby I didn’t believe her.

“I thought it might be a joke at first.”

The couple haven’t been able to decide a name for their new addition yet which is their fifth child together.

After the birth, the family have been inundated with donations to help them since they were so surprised by the arrival.

They have been donated hats, bibs, coats, shoes, bottles, cribs, blankets, nappies and milk to name just a few of the items they have received.

Richard added: “To be honest we were so relieved as we had nothing.

“It makes you feel good that there are good people out there in these troubling times.”