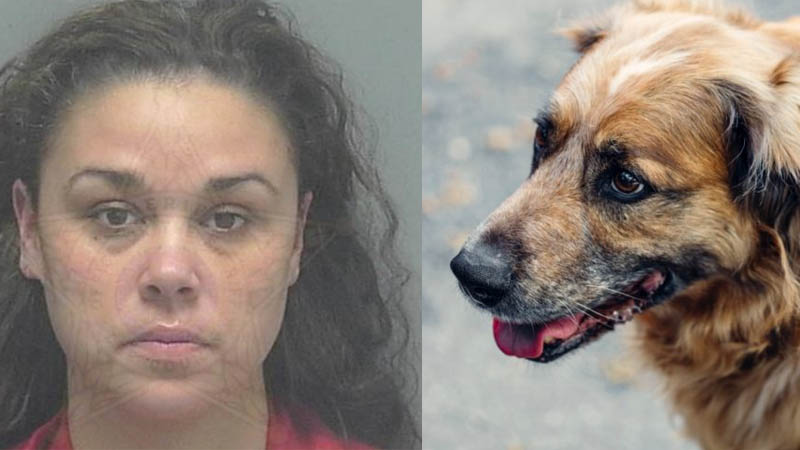 Dog collars come in many sizes, shapes, and varieties, but some are much more dangerous than others. One of the most commonly misused collars is the prong type.

According to the Humane Society, when the control loop on a prong collar is pulled, the prongs pinch the loose skin of a dog’s neck. Sadly, the Lee County Police Department in Florida has arrested a woman in conjunction with allegedly abusing a dog with a prong collar.

It all started when the Lee County Sheriff’s Office Animal Cruelty Task responded to a complaint. On arrival to the scene, officers found two tethered dogs in the backyard of 31-year-old Carmen Melendez.

Neither dog had shelter and one of the dogs had a prong collar embedded deep into his neck. Animal Services had difficulty trying to remove the collar from the dog’s neck, and he suffered several puncture injuries from the prong collar.

Both animals were removed and taken to a local veterinarian for an examination. The vet concluded the dog suffered from multiple puncture wounds that were completely preventable and consistent with neglect. As a result, Melendez was arrested on aggravated animal cruelty charges.

“I am sickened by the fact that this dog was left outside in a prong collar,” said Sheriff Carmine Marceno. “I cannot be more clear: Anyone who harms an animal in Lee County, whether intentional or by neglect, will go to jail.”

According to the results of the investigation, Melendez admitted to putting the prong collar on the dog, tied him to a tree, and hoped that would prevent him from escaping the yard. I Love My Dog reminds our readers to get in touch with local animal control or a local rescue if you can no longer care for your pets.