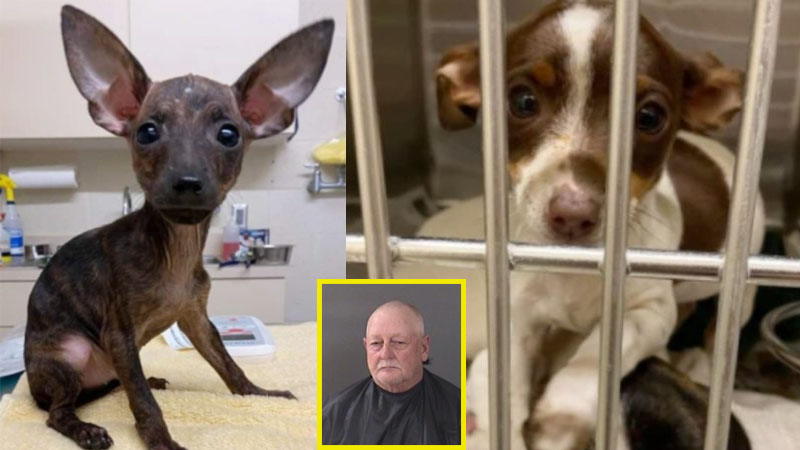 A call came into the Indian County Sheriff’s Office in Florida about a suspicious large item on the side of the road in Fort Pierce. The large item turned out to be a crate full of 26 puppies who had barely enough room to breathe.

The poor little ones stepped on top of one another and had no idea what was happening and why they were abandoned on the side of the road. On arrival at the scene, the sheriff’s office got the animal unit involved.

The poor pups were treated like trash and thrown to the side of the road. The animals included Dachshunds, miniature Pinschers, Rat Terrier/Chihuahua-mix pups ranging in age from a few weeks to two years of age.

Animal Control secured the little ones and turned them over to the Humane Society of Vero Beach and Indian River County. At that point, Deputy Bobby Gage was put in charge of the case.

“You always want to solve every case,” Dep. Gage stated. But in this case, there were 26 victims and none of them could talk to provide a statement.

Fortunately, a tip came in about the crate and armed with that information, the sheriff’s office tracked down the perpetrator, his truck, and was able to make an arrest.

Just a few days later, 64-year-old David Yates was arrested and charged with 26 counts of animal cruelty. “That was a heck of a case,” Dep. Gage stated.

More charges are pending as of this writing because two of the puppies have since passed away. The misdemeanor charges could be increased to felony counts for those two lost lives.

Deputy Gage is grateful for everyone who came together to find the creep who dumped these innocent lives on a dirt road. “When the puzzle pieces start coming together,” he stated. “It’s a good feeling.”

Shelter Puppy Wants A Home So Bad, He Smiles Wide Whenever There’s A Visitor