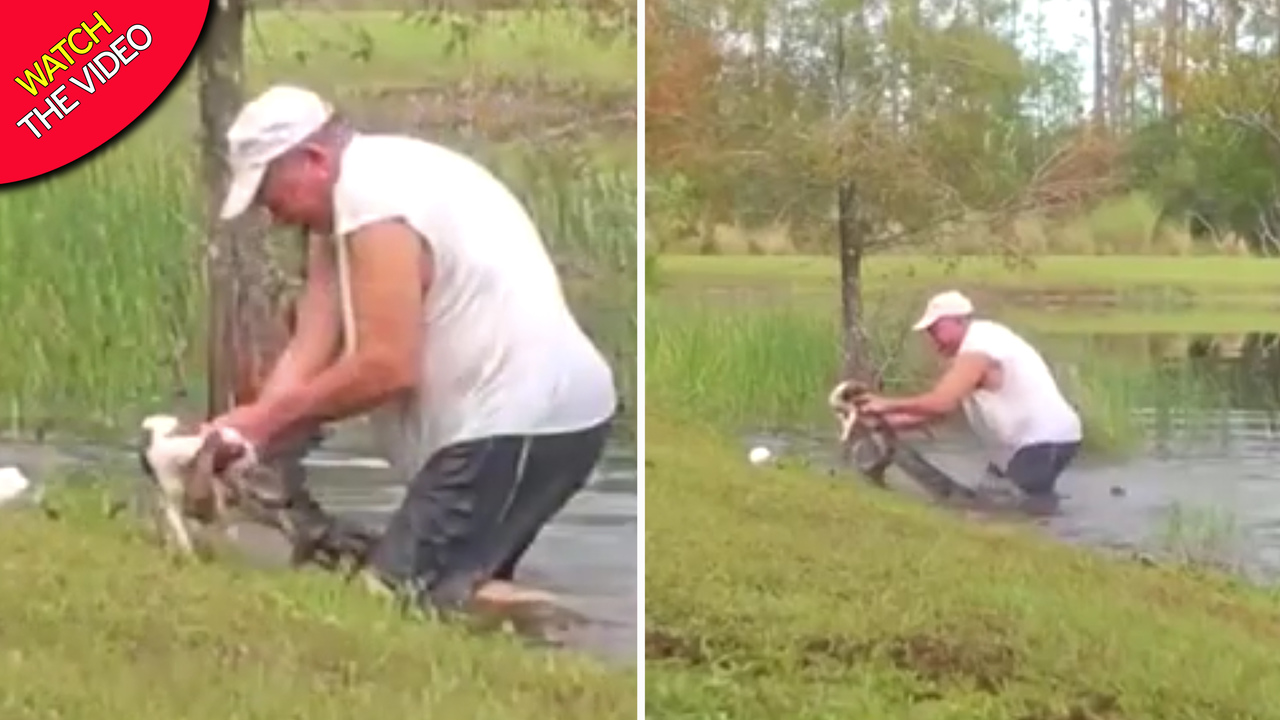 Dramatic footage has emerged of the moment a retired man chases an alligator underwater after it snatched his puppy from a pond.

Cigar-smoking Richard Wilbanks, 74, leaped for his three-month-old spaniel, named Gunnar, when he was snatched by the alligator from his backyard pond in Florida, US.

Mr Wilbanks immediately jumped into the pond to save his puppy, who had been dragged underwater.

He bravely stuck his hands in the alligator’s jaws and held them wide open to allow for his puppy to escape.

Mr Wilbanks told CNN : “We were just out walking by the pond and it came out of the water like a missile. I never thought an alligator could be that fast. It was so quick.”

He said he didn’t give it a second thought but “just automatically jumped into the water”.

The whole incident left Wilbanks with “chewed up” hands, meaning he then had to go to the doctor for a tetanus shot.

Gunner managed to escape the horrifying attack with just a single puncture wound to his stomach but is now in said to be in good health after being visited by a veterinarian.

Mr Wilbanks has since kept Gunner on a leash and 10ft from the pond’s edge.

“Our pets, they’re just like family to us,” he told the US news channel.

The heroic act south of Fort Myers made the rounds on the internet after being caught on a surveillance camera by the Florida Wildlife Federation.

“We live on a shared landscape,” Meredith Budd of the wildlife federation told CNN affiliate WINK.

“We don’t just want to tolerate wildlife, but, rather, we want to thrive with wildlife on a shared landscape.”

Mr Wilbanks agrees with wildlife conservation efforts and said he doesn’t want the alligator removed from the pond or destroyed.

“They’re part of nature and part of our lives,” he said.

‘I could only touch my little Max in a mask, apron and gloves for two months’

Growling Dog’s Legs Were Tied Together, He Drags Himself & Pants In Pain

How to Train Pet Puppy at Home