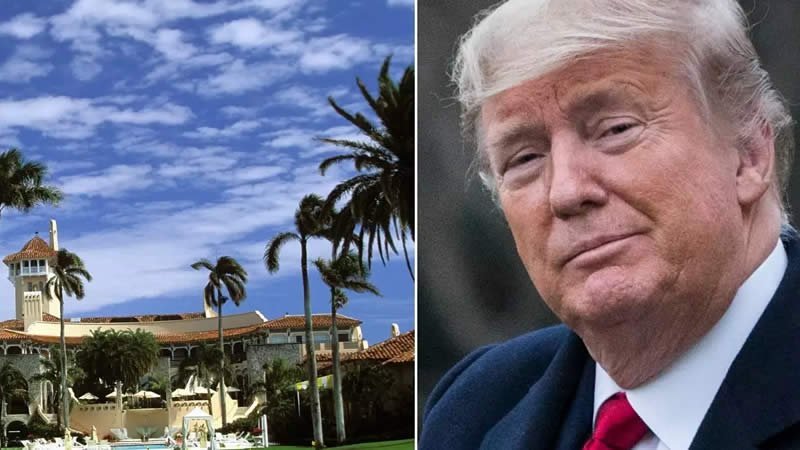 Law enforcement officials in Palm Beach County, Fla., are actively preparing for the possibility of former President Donald Trump getting indicted. Politico’s Playbook reports that the preparations are in case Manhattan District Attorney Cy Vance secures an indictment against the former president while residing at his Florida resort, Mar-a-Lago, with the outlet citing two high-ranking county officials that are involved in planning sessions.

The twice impeached one-term former president had reportedly planned to move this month from his Florida resort to his golf club in Bedminster, New Jersey, but he may want to rethink his plans now.
“An obscure clause in Florida’s statute on interstate extradition gives Gov. Ron DeSantis the ability to intervene and even investigate whether an indicted “person ought to be surrendered” to law enforcement officials from another state — which means that as Mar-a-Lago prepares to close down for the season and Trump relocates to Bedminster, N.J., it isn’t just the Florida heat he’s leaving behind: He could lose a key piece of political protection,” the outlet reports.

DeSantis is a Trump ally, but New Jersey Governor Phil Murray, a Democrat, is not. New Jersey has a similar extradition statute, but again, it’s unlikely that Murray would intervene to protect the former president.

“With Trump settling down in New Jersey for the next few months, Florida is unlikely to have to sort through this any time soon,” the report continues. “But the clock is ticking on the Manhattan D.A.’s investigation: On March 12, Vance said in a statement that he will retire at the end of 2021, and speculation abounds that his office — which is currently investigating whether Trump and his businesses committed banking and tax fraud, among other lines of inquiry — could issue indictments before passing the case along to his successor.”

“And that means that Palm Beach County may yet have to get involved — depending on whether Trump is indicted, of course, and whether that happens after Mar-a-Lago reopens in the fall,” the report adds.

Cy Vance’s office isn’t fooling around. Since Trump left office and is no longer protected by the presidency, the investigation into his business dealings has dramatically intensified.