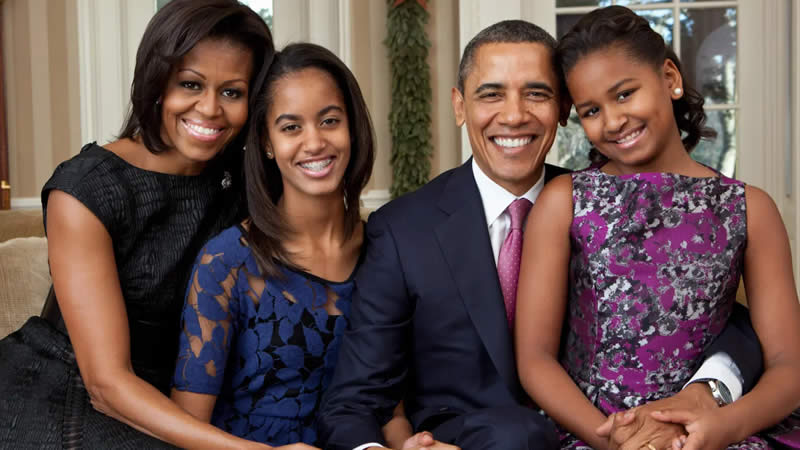 Kids say the darndest things, and 19-year-old Sasha Obama didn’t mince her words when she felt that living with her parents during the pandemic had reached its end. That’s what former first lady Michelle Obama told Stephen Colbert on The Late Show Wednesday night.

In the interview, Colbert sat down in person with Obama, who now insists the talk show host forgo the pomp and circumstance and call her by her first name. While the two discussed everything from how cute Obama thinks her husband looks in his golf outfits to how she handled low-grade depression over the past year, many parents could relate to how the former FLOTUS described quarantining as a family.

So, the Obama kids took off for the West Coast and have been gone ever since. Colbert jokingly asked if they left a forwarding address, to which the former FLOTUS replied, “We know where they are, but they don’t check in much.”

That’s something we suspect many parents of college-aged kids can relate to, pandemic time or not.

Obama also dished on how movie night divided the family, with somewhat surprising details about the 44th president’s taste in films.

“[Malia] and Barack like dark and sad, and Sasha and I want a little laughter and frivolity,” she said. “It seems like they take themselves a little seriously with their movies, and they like to rehash dark moments. Barack’s taste in movies is ‘Everybody is sad and then they die.’”

Pregnant Beyonce Works Her Baby Bump in a Velvet LBD

Khloe Kardashian blames Kris Jenner for urging her to get back together with Tristan Thompson: Rumor

Kristen Stewart to Take a Break from Showbiz