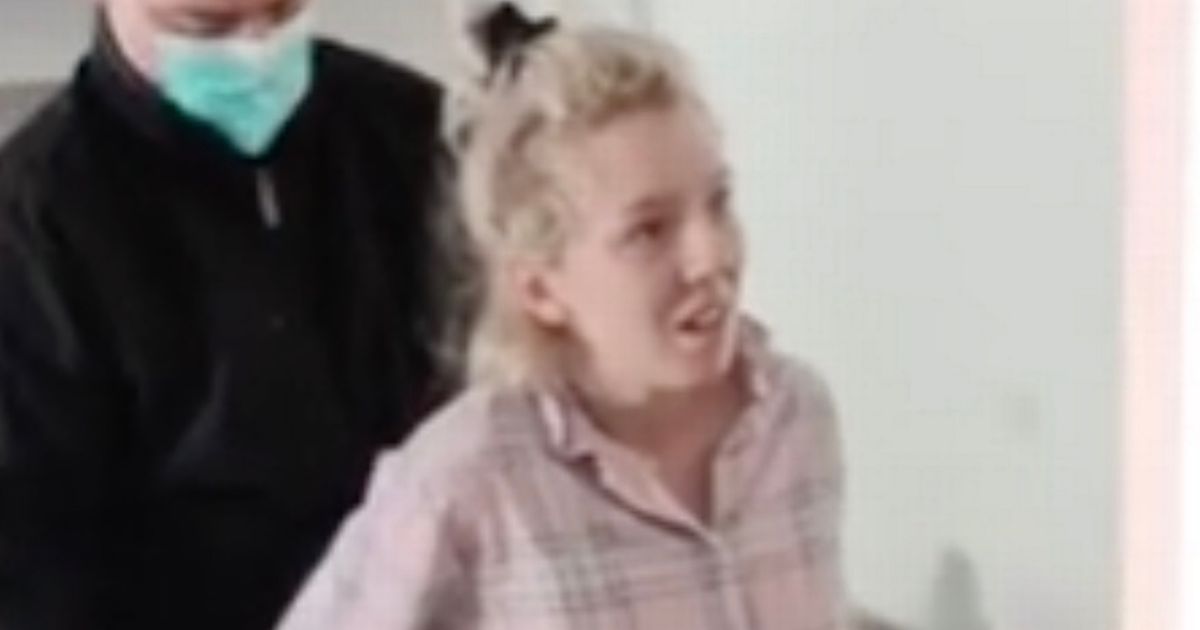 A pregnant woman who was handcuffed in her pyjamas for “inciting an anti-lockdown protest” has banned friends from coming near her children if they take a coronavirus vaccination.

Zoe Lee Buhler, 28, was charged with incitement after she attempted to organise a ‘Freedom Day’ rally in Melbourne, Australia, in September.

The mum-of-two’s arrest, which took place inside her home in front of her children, was filmed by her partner James Timmins and circulated widely online.

Ms Buhler now claims she will be putting her children’s “well-being” first by avoiding a vaccine.

US pharmaceutical giant Pfizer and German company BioNTech have sparked hopes a jab will be just around the corner after reporting their development showed a 90% effectiveness in late-stage clinical trials.

But Ms Buhler wrote on Facebook: “If you’re stupid enough to actually get a Covid vax then I don’t want you anywhere near me or my children.

“We ask people to not kiss our kids, whatever we feel we need to do to keep them safe well I don’t want those getting this jab anywhere near us.

“No idea how to go about schooling and this jab but I’m hoping and praying enough parents have enough common sense to not jab their kids with this one.”

Most governments agree a successful vaccine is necessary to reopen borders and return to some sort of normality.

Along with the Pfizer jab there are a number of others in late-stage clinical trials.

Ms Buhler’s arrest made headlines after the footage was widely circulated online.

“Excuse me, incitement for what, what on Earth? I’m in my pyjamas, my two kids are here,’ she said. “I have an ultrasound in an hour because I’m pregnant.”

Police replied: “Actually you are, that’s why we’re arresting you in relation to incitement.”

Ms Buhler said she feared she was being kidnapped.

She added: “I was scared I was being kidnapped by people, they obviously weren’t in uniforms,’ she said.

“I was just so scared, I was like oh my gosh if I disappear today I want it live on Facebook.

“I’m only very early pregnancy so obviously you’re told not to stress out or strain.”

Britney Spears ‘afraid’ of her father, loses bid to remove him as conservator