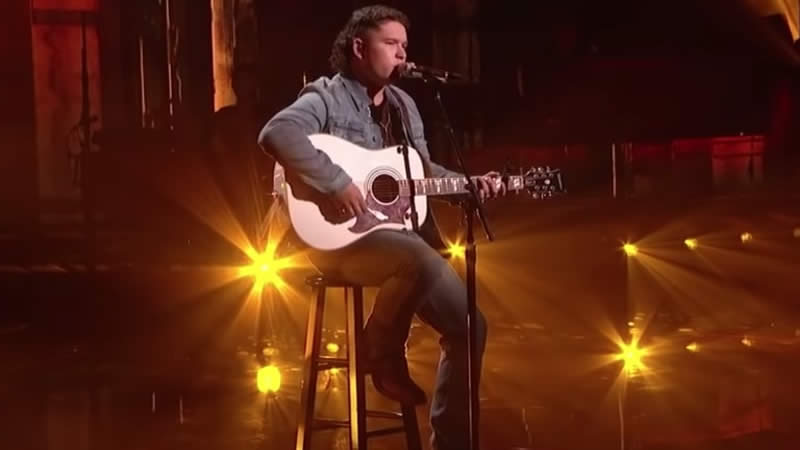 One of the final contestants on American Idol says he’s no longer going to appear in the competition after a video surfaced showing him seated next to a person apparently wearing a Ku Klux Klan hood. Teen country singer Caleb Kennedy announced the news to fans on social media late Wednesday, saying “this is gonna be a bit of a surprise, but I am no longer gonna be on ‘American Idol.’” “There was a video that surfaced on the internet and it displayed actions that were not meant to be taken in that way,” he wrote.

“I was younger and did not think about the actions, but that’s not an excuse. I wanna say sorry to all my fans and everyone who I have let down. I’ll be taking a little time off social media to better myself, but saying that, I know this has hurt and disappointed a lot of people and made people lose respect for me. I’m so sorry!” His mom, Anita Guy, was quoted by MSN saying the hood was not meant to be a reference to the KKK at all but was a nod to the horror film The Strangers: Prey at Night.

According to TMZ, the 16-year-old has already been eliminated ahead of the next episode on Sunday, which will now feature the final four contestants.

Read it at TMZ