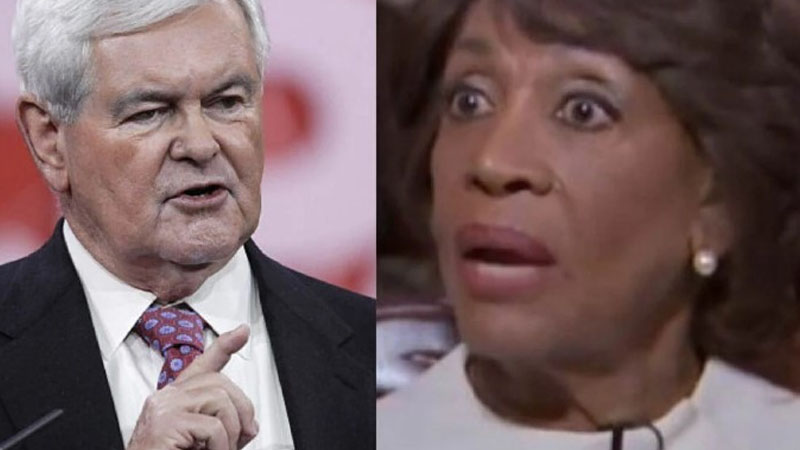 Former House Speaker Newt Gingrich went on Fox News on Monday morning to blast Rep. Maxine Waters (D-CA) for recently calling for protesters to “get more confrontational” as the trial of Derek Chauvin for the death of George Floyd continues.

Gingrich pointed out that Waters is “openly encouraging violence” as he also called for a “nationwide movement” to put a stop to looting and violence in the streets under the guise of protesting.

“[T]he more patient we are, the more radical they are,” Gingrich said. “So, you have over a year of violence in Portland, Oregon. You have an expectation of violence. Why should we expect violence if the criminal justice system works? Why should we tolerate violence?

Why should we tolerate National Guardsmen being shot at? I think we have to really rethink our whole approach to making sure we stop people from being violent if necessary by doing the opposite of what Rashida Tlaib wanted and actually increasing the prisons. You cannot have a country which cowers in fear and which has radicals who wander around openly encouraging violence.”

Watch the latest video at foxnews.com

This came after Rep. Marjorie Taylor Greene (R-GA) announced that she will “be introducing a resolution to expel Rep. Maxine Waters from Congress for her continual incitement of violence,” according to The Hill. She added that the comments made by Waters “led to more violence and a drive by shooting on National Guardsmen in Minnesota early this morning.”

Greene was referring to the fact that on Sunday morning, two members of the National Guard were injured when a gunman fired at a Minnesota National Guard and Minneapolis Police Department neighborhood security team.

Waters had told the media on Saturday that she was “going to fight with all of the people who stand for justice,” adding, “We’ve got to get justice in this country, and we cannot allow these killings to continue,” according to Fox News.