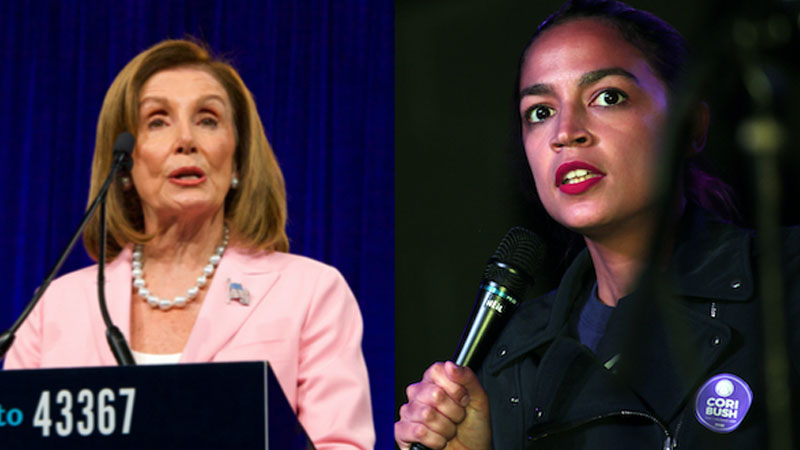 According to a biography during an interview Pelosi shredded Reps. Alexandria Ocasio-Cortez of New York, Ilhan Omar of Minnesota, Ayanna Pressley of Massachusetts, and Rashida Talib of Michigan, even calling out Ocasio-Cortez for her vulgarity.

Now according to Axios: “Pelosi unloads on the Squad, at one point adopting a child-like voice when discussing Rep. Alexandria Ocasio-Cortez, and offers the Squad this blunt advice: “You’re not a one-person show. This is the Congress of the United States.”

According to the Daily Wire report: this is stated that Pelosi blames former President Barack Obama over problems whipping votes in favor of the Affordable Care Act, known as Obamacare, from lawmakers representing Obama’s home state of Illinois. Pelosi asked, “Why are we having a problem with Illinois?” But she also said that Obama does not deserve sole credit for getting legislation through Congress under his administration.

Nothing new especially when Pelosi’s weak relationship with the Squad back in 2018 when members of the Squad first joined Congress. After being elected, during her first visit to Washington, D.C. Ocasio Cortez attended an anti-Pelosi protest. At that time Daily Wire report: Ocasio-Cortez joined a group of young activists called the “Sunrise Movement” in staging a sit-in protest outside the Capitol Hill office of Rep.

Nancy Pelosi (D-CA), the House Minority Leader and, come January, the likely Speaker of the House and Ocasio-Cortez’s new boss. The protesters who were holding signs Ocasio-Cortez addressed and asking for a “Green New Deal” from in charges of Democrats, as well as demanding “Green Jobs for All,” who shook hands, and who blocked the entrance to Pelosi’s office those gave high-fives to the 50 or so protesters.