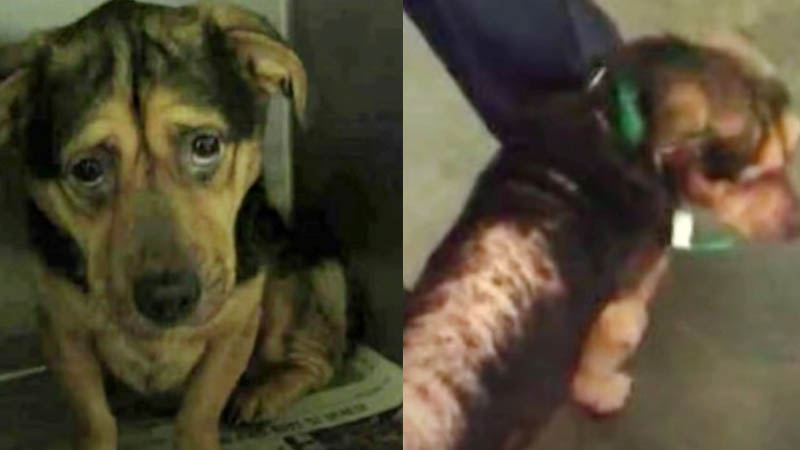 Jessica Williams is among those millions of people living in the world who think their life is incomplete without a dog in it. Sadly, throughout her adult life, Williams was unable to keep a dog due to her living arrangements. She mostly lived in an apartment or home that did not allow pets.

However, Williams and her boyfriend, Jared, finally moved into an apartment that was pet-friendly and the couple decided to bring a dog into her lives for Jessica’s birthday that year. On hearing this, the super-excited Jessica went online and began looking for dogs in need of a home until she saw Benji. Benji was a cute, little puppy who was all alone in the world, sad and depressed, and living in a shelter house six hours away from Jessica’s home.

Benji was full of fleas, roaming around the streets of Los Angeles and missing a lot of his fur. Moreover, he was sad and angry so he would growl and snarl at people who passed by. Shelter workers weren’t too fond of the dog, and they told prospective adopters he wasn’t a cuddler.

Jessica was madly in love with Benji as soon as she saw his picture and told her boyfriend that they are going for a long road trip. Shelter workers would not allow the couple to spent one-on-one time with the dog for fear he would be reactive. However, ignoring everyone, Jessica signed the official adoption papers and took the long trip home with Benji.

Over the passage of time, his true personality began to emerge as all he needed was love, attention and someone to make him realize that human beings can be kind. Benji is now a part of their family and he loves car rides, gives them kisses, and is a very affectionate dog.