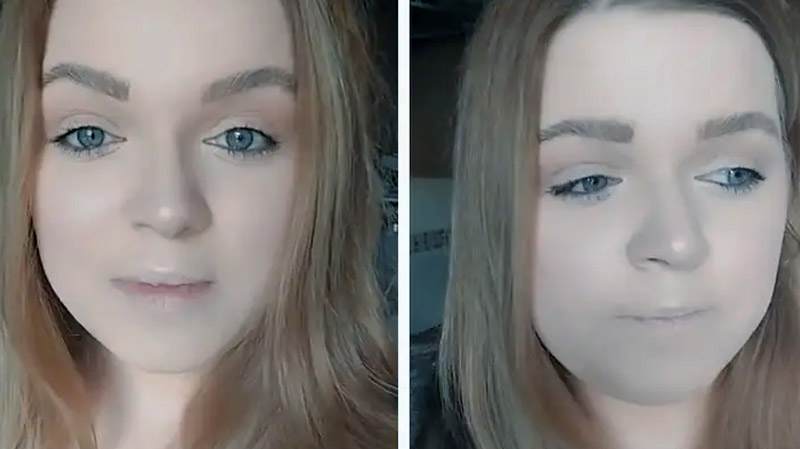 A mother said in a sad TikTok video that she will have to stop her children’s Santa dreams early because she does not think she will be able to afford to buy them anything for Christmas this year. She complained on TikTok as the 30-year-old appeared stressed about her situation, adding to the list of others who have been severely impacted by the UK’s financial and property crisis this year.

As the cost of living crisis worsens, many families are expected to be less joyful this year, with millions revealing they are spending less on gifts. Unfortunately, many people will not buy at all, and Rachel is one of them.

The 30-year-old has been reliant on Universal Credit and has been unable to work recently since she is concerned with caring for her children. “I’d go back to work if I had a family to help me.” People say I sit on my bottom all day, but I’ve been a working mother and now a stay-at-home mother, and I feel like I’m doing ten jobs.”

“At the very least, I’d be able to have a cup of tea and a seat at work.” I used to be a manager for Samsung after having my son, who is now eight and worked up the ladder so I could afford nursery fees and a living wage, but then I became pregnant with my daughter who is now five, and I had every intention of going back, as I loved my job.” according to the Daily Mail.

“When I started looking at nursery spots and the cost of nursery and after-school care for two, it was roughly £1,800, which obviously ruined my income.” I could work 50 hours a week and be lucky to have £50 left over each month, or I could stay at home and raise my children rather than someone else while being in the same financial situation.”

“People believe I don’t want to work, but I would love to!” she says in the video. Nobody in their right mind would put in 50 hours a week for nothing. I feel stuck because my youngest is 19 months old and has yet to attend school.”

“I’ve never bought a gift for my husband, and he hasn’t bought one for me, not even chocolate; everything goes to the kids!” It might make you feel embarrassed to accept anything for free; it’s almost like begging and it hurts your pride, but the stakes keep rising. We’re waging a losing battle.”

“Other people’s opinions don’t matter to me, but it’s not fair when they believe I’m lazy and don’t work hard.” I wish I could go to work. If others could live my life, I’d love for them to tell me, “Where can you fit a job in?”

What Happened Between Nicole Kidman And Michelle Pfeiffer?