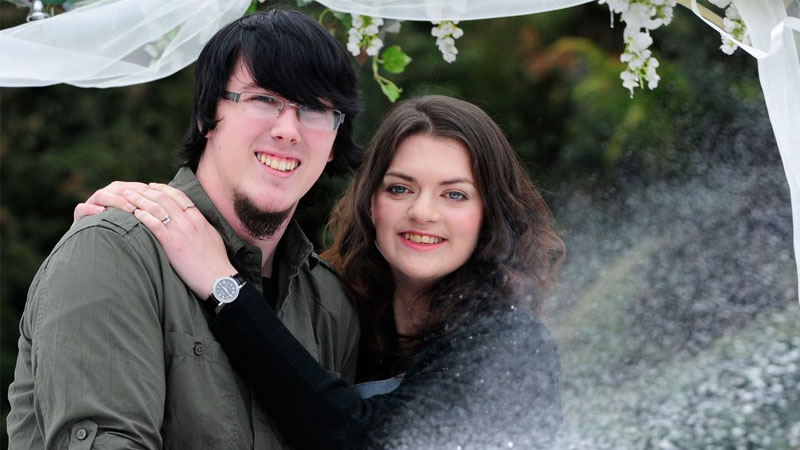 A EuroMillions winner killed a pensioner after taking his eyes off the road to retrieve a teddy bear dropped by his infant son, a court heard today.

A jury heard in the moments before the collision the dad had been “distracted” by the screaming and crying of his two-year-old son.

He told police how he turned around for ‘up to three seconds’ while trying to locate the teddy in a rear footwell.

Topham, who was driving a BMW X6, admits causing Jane’s death by careless driving but denies two other offences.

Part of his police interview was read out during his trial today.

Topham said he was reversing out of a relative’s drive when his eldest son – aged five – told him his younger brother had “dropped his teddy”.

Topham added: “I initially ignored that then the youngest started to scream and cry.”

He said at this point he “put his hand back” to try to find the missing bear before turning around when he couldn’t “feel it”.

Lincoln Crown Court was told Topham looked up in “horror” to see he had strayed into the the path of a Ford Fiesta being driven by Jane’s husband Rodney, 78.

Jurors heard his four-wheel drive BMW was twice as heavy as the other vehicle.

The accident happened on a slight bend on a rural road near Jane and Rodney’s home in North Cockerington, Lincs., as the couple were returning from a Christmas day lunch at their son’s home.

Topham had just left Rushmoor country park where he had been visiting his in-laws with his wife and two children.

His wife had set off slightly earlier in another vehicle.

Michael Cranmer-Brown, prosecuting, said Rodney was driving between 30 and 40 mph but “had no chance to react”.

In a witness statement he said: “It happened so quickly. I wasn’t aware of any headlights until they appeared right in front of me.”

Rodney was left trapped in the wreckage of his car but asked rescuers to help his wife Jane, saying: ‘don’t worry about me’.

He added: “Jane was quiet, I said to her ‘hang on love there will be someone here soon’.

“She was very quiet but made some funny noises.”

The court heard that following the crash Topham went to Rodney’s door and asked him ‘is everything alright’.

He then dialled 999 and listened to Jane’s “faint breathing” on the instructions of the call handler.

When her breathing stopped he and another man carried her out of the car so she could receive CPR.

Topham added: “So me and the guy lifted her out as best we could and laid her flat on her back.”

Mr Cranmer-Brown added: “It is accepted that the collision was entirely the fault of this defendant…

“He accepts his attention was diverted from the road by his looking behind him into the rear passenger footwell to retrieve his two-year-old son’s teddy bear.”

The court heard Topham, who won his jackpot in 2012, had previously asked his wife to pull over in a similar situation.

But Mr Cranmer-Brown said “tragically” he failed to follow his own advice on December 25, 2019.

The trial continues and is expected to conclude tomorrow or Wednesday.

Biden Faces Challenge From Surge of Migrants at the Border