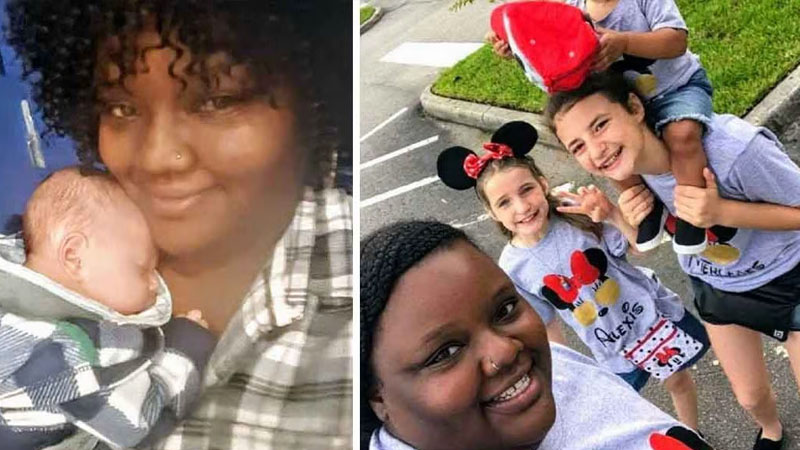 Treka Engleman is a single foster mother from Cincinnati, Ohio, who grew up in a broken family. Treka lost her mother when she was six years old and suffered greatly as a result. Despite having ten older siblings, she was always on her own.

Sharing her story with Love What Matters, Engleman said,

“I’ve never had anyone to show me how to be a mom, but I guess it just came naturally to me. I have 20 nieces and nephews, three great nieces, and a host of cousins who I have babysat over the years.”

“I’ve worked in childcare ever since I graduated from High School. I’ve always babysat for different families; I guess I thought I was a natural when it came to taking care of children. Little did I know three children would change my life.”

Treka stated that she had always wanted to be a foster mother but was reluctant because she was not married and did not have children of her own.

“I didn’t think I would qualify, but I did some research, asked around, and made some phone calls anyway. As it turns out, you have to be at least the age of 21, and you can be single or married! I talked to my family about it, and I just decided I was going to go for it! At the time, I was rooming with my sister when I decided to get a two-bedroom apartment of my own and start the process.”

Treka started attending adoption and parenting classes at St. Joseph Orphanage in August 2016. She learned a lot about children who were abandoned by their parents or became orphans.

Treka stated that after hearing all of the heartbreaking stories, she felt compelled to adopt every orphan child in the world.

“It was a complete emotional roller coaster. Hearing the stories about some children that go through foster care just brought tears to my eyes and broke my heart. I lost my mom when I was young, but I couldn’t imagine being without my family. At that point, I wanted to take every kid in that I could.”

She further said, “I was getting close to the end, and I had to make a decision of what sex, race, and age range I wanted to foster. There was never really any question of the matter. I immediately marked African American and Caucasian. Color doesn’t matter to me. Love loves no matter what color you are.”

“You know what I was thinking?” Said Treka. “I love these kids and wouldn’t have it any other way. They needed a home, and I had more than enough to give them. They immediately became a part of my family. My family does not see color, just kids that needed someone.”

“Yes, I have had my fair share of stares while we’re out in public, but we just keep walking by unbothered.” She continued. “I’ve had people ask me, ‘Oh, are you babysitting?’ and my response is no, they are my children. No questions asked. I never say ‘foster children,’ but my children. Because that’s what they are and always will be.”