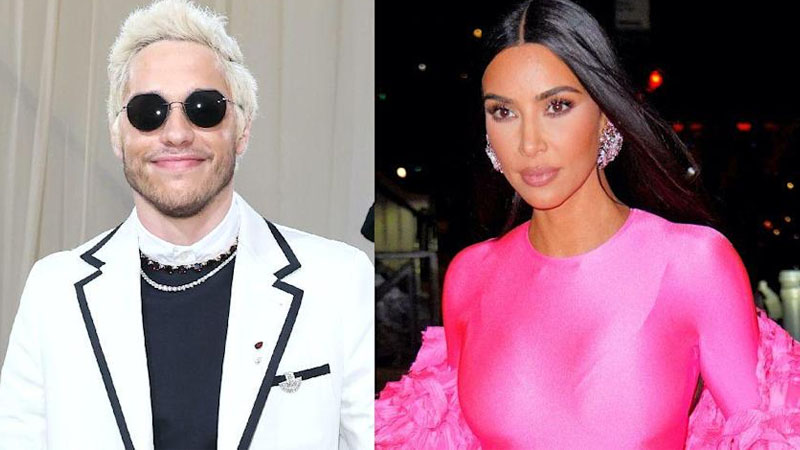 Almost a month after the two called it quits, Kim Kardashian gushed over her ex-boyfriend Pete Davidson in a new interview.

The 41-year-old Keeping up with the Kardashians alum spoke with Mel Ottenberg, the editor-in-chief of Interview Magazine, for a cover story on the American Dream that was published on Tuesday, September 6. Ottenberg taunted the makeup tycoon about the comedian’s BDE and intimated that Davidson, 28, would be welcome to film a cover of his own for publication at the end of their talk.

“He’s a cutie,” Kardashian said of the Saturday Night Live alum, laughing off the comment. “He’s literally such a good person, they don’t really make them like him anymore. I’m excited for what he has coming up.”

As per Us magazine, Ottenberg also applauded the KKW Beauty founder’s SNL debut, which included an on-screen kiss between her and Davidson in October 2021. When asked whether she wants to continue trying her hand at acting, Kardashian replied, “Would I act? I would if something fun came about. Maybe a Marvel movie would be so fun to do. I’m not actively looking, but I think things just come when they’re supposed to.”

After collaborating on the NBC sketch series, the reality star and Guy Code alum fueled relationship rumors. They announced their relationship status while holding hands in California in November 2021. Less than a year into their relationship, the couple called it quits, Us Weekly reported in August. (It’s unclear when Kardashian’s Interview profile was conducted.)

A source claims that the couple’s “busy schedules” contributed to their decision to split up. “There truly wasn’t drama between them when they decided to separate,” the insider exclusively told Us last month. “It was something they talked through; it wasn’t a sudden breakup.”

At the time, a second source noted that the Skims CEO and the Set It Up actor hoped to “remain friends,” adding that the split was “upsetting for both of them, but it is what it is.”

Level Up Your Style with Andre Emilio

Single Foster Mom says She is a Proud Black Woman with Three White Kids: ‘Love has no color in my home