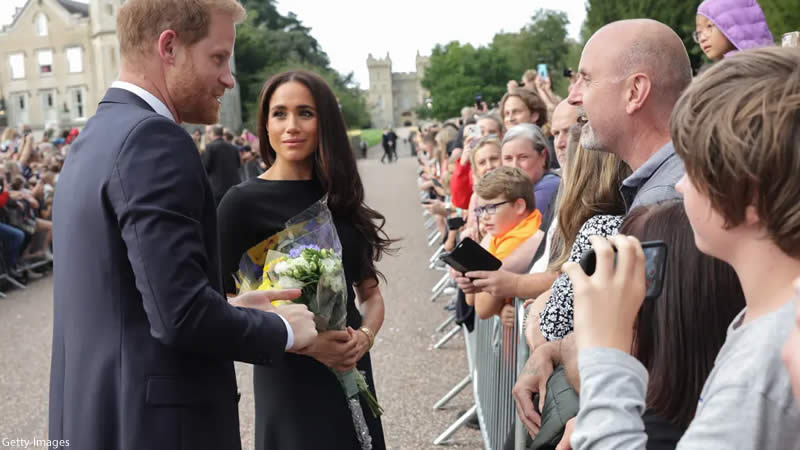 Some royal fans from across the pond are showing Meghan Markle some love.

In the midst of ongoing tensions with the royal family, the Duchess of Sussex, 41, was spotted warmly hugging a teenage girl who wanted to make her “feel welcome” in the UK.

Speaking to CNN, the 14-year-old girl who hugged the “Suits” alum said she felt like it was “the right thing to do,” amid “everything that’s happened” between Markle and the royal family.

“We were just waiting for her to come, and she just came near me. [She] asked my name, how my day was, how long I was waiting,” the young girl told the outlet.

“I asked if she could have a hug, and she hugged me back. It was just quite an amazing moment. I’m still shaking now.”

When asked by the reporter why she reached out to give the actress a hug, the teenager said she looks “up to her in some ways, and just felt like it was the right thing to do.”

“It was quite nice to see William and Kate and Meghan and Harry together,” she continued.

“I just wanted to show her that she’s welcome here and wanted to hug her after everything that’s happened.”

In 2020, Markle and Prince Harry resigned from their royal duties. Since then, they have made their home in Montecito, California, where they raise their two children, Archie, 3, and Lilibet, 1.

They reunited with the Prince and Princess of Wales on Saturday, despite a long-rumored dispute between the two couples.

According to a royal insider who spoke to Page Six, William, who is now the next in line for the throne, invited his brother.

“We are all very grateful – both sides putting all things aside for the Queen,” the source told us exclusively.

Single Foster Mom says She is a Proud Black Woman with Three White Kids: ‘Love has no color in my home