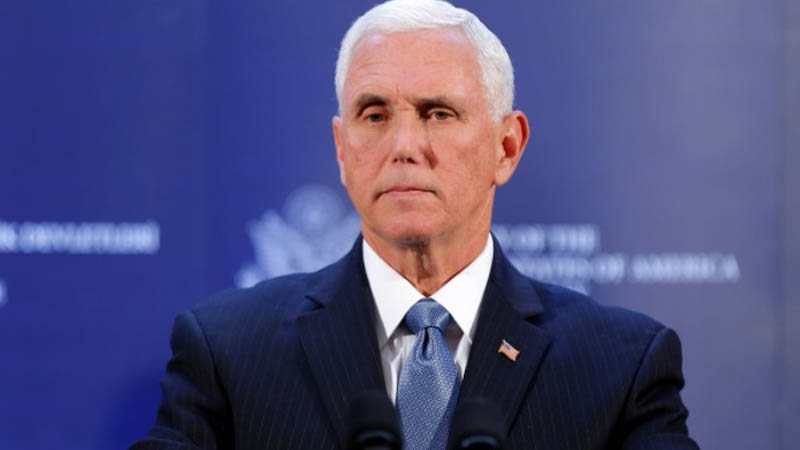 ‘The routine surgery was successful, and he is expected to fully recover and return to normal activity in the coming days,’ the 61-year-old former vice president’s office released in a Thursday statement.

Pence disclosed his medical history upon being named the Republican vice presidential nominee in 2016, which included an asymptomatic left bundle branch block.

The procedure took place at Inova Fairfax Medical Campus in the Washington, D.C. outskirt of Falls Church, Virginia – near where Pence and former second lady Karen Pence settled down upon leaving office in January.

‘I am grateful for the swift professionalism and care of the outstanding doctors, nurses and staff at Inova Heart and Vascular Institute, including Dr. Brett Atwater and Dr. Behnam Tehrani,’ Pence said in the statement.

‘I also appreciate the consultation of my longtime Indiana physicians, Dr. Michael Busk and Dr. Charles Taliercio at Ascension St. Vincent. My family has been truly blessed by the work of these dedicated healthcare professionals,’ he added.

After 4 Years of Trump’s Sharp Leadership Against China, Biden Takes America on a U-Turn to Copy Their Signature Program