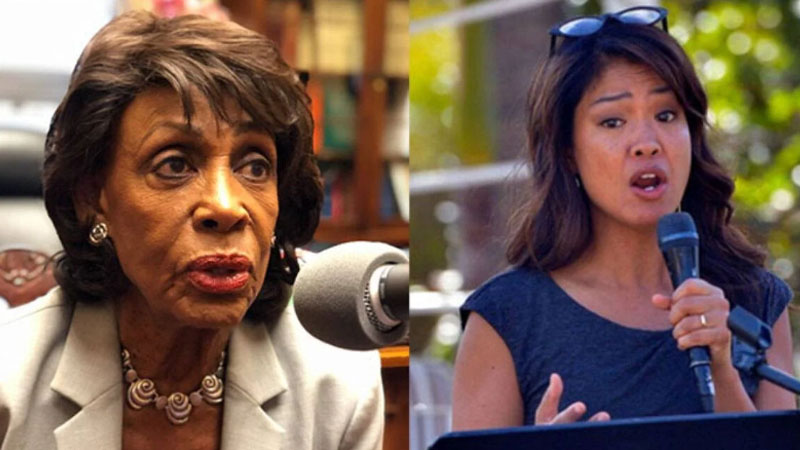 Maxine Waters is back up to her old tricks.

It’s been a while since we’ve seen her incite violence, but she just made up for lost time by whipping a group of BLM protesters into an absolute frenzy.

Mad Max gave a rousing speech in Minnesota where she encouraged the crowd to “burn it all down” if Derek Chauvin isn’t convicted of the first-degree murder of George Floyd.

This certainly isn’t the best choice of words considering that there are already many cities burning across this nation.

Maxine is already facing a huge wave of criticism for inciting yet another mob, but no one has put her in her place better than Michelle Malkin, who actually has quite the history with ol’ Maxine.

If you didn’t catch it, that interview is from 2018, which goes to show how long Malkin has had Water’s number.

Although at this point it seems like everyone is going after Maxine, with many calling for her to be arrested for these comments – Majorie Taylor Greene took the punishment to a whole new level.

As The Hill reported, Majorie Taylor Greene is going after Maxine head-on and introduced a resolution today to expel her from Congress.

Greene in a statement on Sunday said that she will “be introducing a resolution to expel Rep. Maxine Waters from Congress for her continual incitement of violence.”

The Republican lawmaker specifically targeted Waters for speaking to protesters at a demonstration in Brooklyn Center, Minn., on Saturday. Protests broke out in the city last week after police fatally shot 20-year-old Daunte Wright during a traffic stop on April 11.

Waters told reporters on Saturday that she is “going to fight with all of the people who stand for justice,” adding, “We’ve got to get justice in this country, and we cannot allow these killings to continue,” Fox News reported.

The killing of Daunte Wright comes as former Minneapolis police officer Derek Chauvin is on trial on murder charges in the death of George Floyd last year. Floyd died after Chauvin knelt on his neck for several minutes during an arrest.

Boris Johnson Wants Charity to Pay for Costly No 10 Makeover Supervised by His Fiancee, Report Says