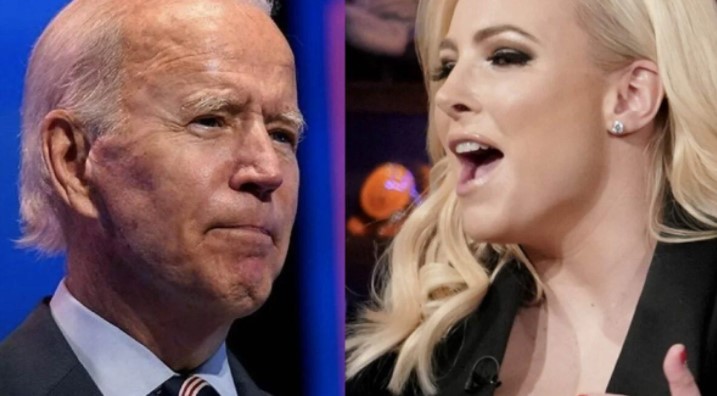 On Monday’s episode of the ABC talk show “The View,” conservative co-host Meghan McCain lashed out at President Joe Biden and his administration for the messaging on wearing masks and the coronavirus vaccine, saying that it is “psychotic.”

“Honestly, when we were first talking about vaccine hesitancy on this show, a lot of it centered around minority populations who were hesitant because of the Tuskegee experiment,” McCain began. “The narrative and feeling coming out was compassion and trying to convince people in a way of empathy that we all are in this together.

We should get vaccinated together. It was effective. The message to Republicans is, you dumb hillbillies stay away from me. It’s not going to convince anyone of anything. I have tried, and I had an idea for an ad campaign that specifically targeted towards Republicans and evangelicals that I proposed that has gone on deaf ears.”

“The messaging on this is absolute garbage towards conservatives and Republicans, and it is getting worse,” she added. “It’s a public health crisis. I agree we should all be vaccinated. I myself am vaccinated. I have no problem with vaccines. The messaging is psychotic.”

Not stopping there, McCain proceeded to double down by bringing up the rules on masks in specific areas of the country.

It feels like it’s more about control than science. If the vaccine is more than 94% effective, which we’re told by science and the CDC and smart people that come on the show say it is, if the vaccine works, why do we have to wear masks outdoors and inside? That’s part of the messaging problem.”

“If you get a vaccine and nothing changes, and I have to wear a mask everywhere, then there’s not — I’m sorry, but the way human beings work, there has to be an impetus reason to get vaccinated to get what you want,” McCain concluded.

“I’m horrified by the way people are talking to Republicans right now in this way. I think we should try and lead people along instead of saying they’re dumb morons in the middle of the country that are going to kill everybody. It’s not effective.”