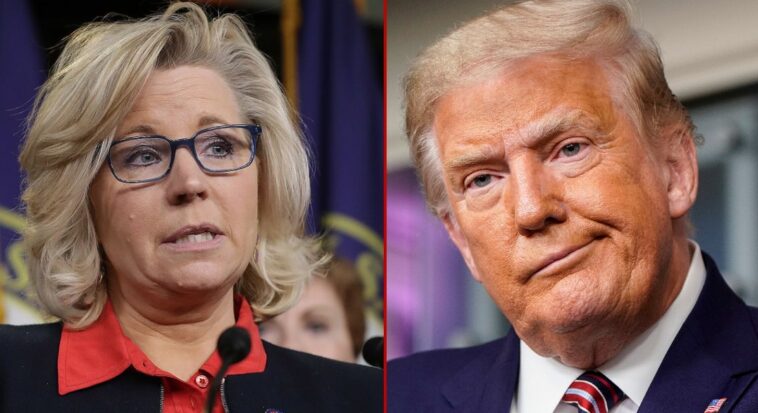 The official vote to remove Rep. Liz Cheney from her House leadership position could come as early as this week, and it can’t be soon enough.

Not only has Cheney whipped up anti-Trump sentiment within the GOP while potentially putting the midterm elections at risk, but she was actively engaged in the sabotage of the former POTUS when he was still in the White House.

According to a smoking bombshell from the ultra-liberal New Yorker, Dick Cheney’s vindictive daughter organized a mutiny against the sitting commander in chief when she orchestrated an op-ed by ten former defense secretaries that was published by the Washington Post in early January.

In the unprecedented op-ed, published days before Congress met to certify the results of the Electoral College, the ten ex-Pentagon bosses put their seal of approval on Joe Biden’s “victory” and condemned a man who was still the constitutional leader of the nation.

The story cites Eric Edelman, a longtime henchman of former vice president Cheney who lets the cat out of the bag over the embattled Wyoming congresswoman’s treachery.

According to the New Yorker, “Edelman revealed that Cheney herself secretly orchestrated an unprecedented op-ed in the Washington Post by all ten living former Defense Secretaries, including her father, warning against Trump’s efforts to politicize the military.”

Never once did President Trump seek to enlist the military against what he has insisted was a rigged election but Democrats and the media still promoted the false narrative that he was dangerously close to declaring martial law.

The New Yorker piece continues; “The congresswoman not only recruited her father but personally asked others, including Trump’s first Defense Secretary, Jim Mattis, to participate. “She was the one who generated it, because she was so worried about what Trump might do,” Edelman said.

The WaPo op-ed was signed off on by Cheney as well as Donald Rumsfeld, a man who has been his sidekick since both were members of the Gerald Ford administration as well as by Obama flunkies Chuck Hagel, Leon Panetta, and Ashton Carter.

Also stabbing Trump in the back were his own two appointees; Raytheon lobbyist Mark Esper and James “Mad Dog” Mattis who quit the job after throwing a tantrum that Trump wasn’t willing to start a war in Syria. Rounding out the field was Bushie Robert Gates and Clinton SECDEF William Cohen.That ten former Pentagon chiefs would sign onto promoting what was essentially a crazed conspiracy theory speaks volumes about the desperation of the swamp to rid itself of Trump.

The report that a high-ranking member of the GOP House leadership had engaged in what was political skullduggery of the most despicable nature should be another nail in Cheney’s political coffin.

Cheney has already survived one vote to dislodge her from the number three leadership position after she joined Democrats in their failed second impeachment, but likely isn’t going to be as lucky this time around.

The media may have only days to save her so expect a major push starting with the Sunday morning “news” shows by her surrogates. Who knows, they may even drag Dick Cheney himself out of his undisclosed secure location to make the case for his daughter.