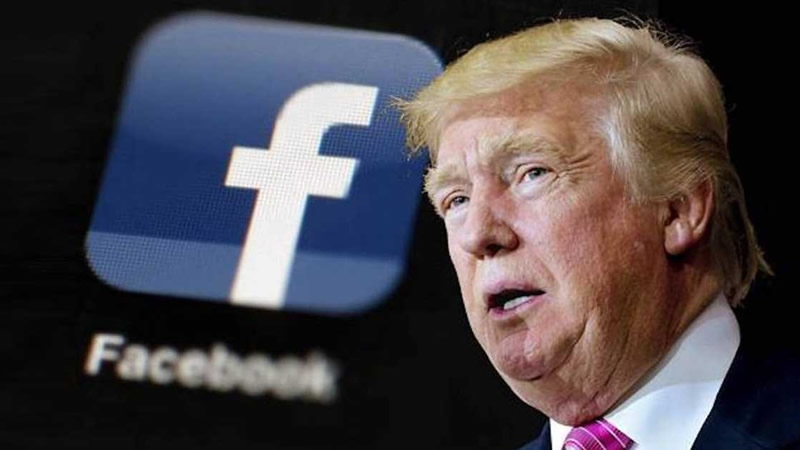 Reports indicate that on the same day Facebook has announced it will continue its ban of President Trump he has announced a new communication network.

Today Facebook announced its decision on The DJT ban.

They chose to continue the ban for at least another six months according to reports, but that isn’t stopping the 45th President of The United States!

Looks like #45 is back on full blast. They can try to censor us all they want, but none of us including President Trump are going anywhere.

Here is more on the story:

Fox News had more on the story:

The space allows Trump to post comments, images, and videos.

“In a time of silence and lies,” a video Trump posted to the platform Tuesday night says. The video then plays news reports describing his suspension from Twitter.

“A beacon of freedom arises. A place to speak freely and safely,” the video continues, showing the new platform. “Straight from the desk of Donald J. Trump.”

The technology appears to be powered by Campaign Nucleus— the “digital ecosystem made for efficiently managing political campaigns and organizations,” created by his former campaign manager, Brad Parscale.

The space allows Trump to post, and allows followers to share the former president’s posts to Twitter and Facebook, however, the new platform does not have a feature to allow users to “reply” or engage with Trump’s posts.

The world’s preeminent social media site, Facebook, has made its decision on whether to allow Donald Trump back on its platform.

The answer came on Wednesday when the site’s Oversight Board ruled that Trump will stay banned from the platform.

“The Board has upheld Facebook’s decision on January 7 to suspend then-President Trump from Facebook and Instagram. Trump’s posts during the Capitol riot severely violated Facebook’s rules and encouraged and legitimized violence,” the board said in announcing its decision.

“The Board also found Facebook violated its own rules by imposing a suspension that was ‘indefinite.’ This penalty is not described in Facebook’s content policies. It has no clear criteria and gives Facebook total discretion on when to impose or lift it,” it said.

Cheney Is One Step Closer To The Door, Challenger Endorsed By President Trump!