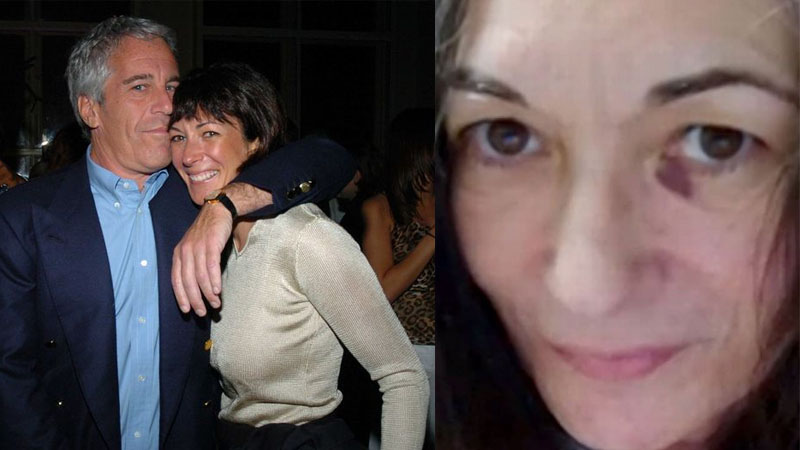 Ghislaine Maxwell has been seen with a black eye and greying hair in the first photo since her arrest last year.

The socialite, who is accused of trafficking girls for convicted sex offender and ex-boyfriend Jeffrey Epstein to abuse, is due to stand trial on July 12.

Maxwell’s photo was included in a court filing on Thursday where her lawyers alerted the court to their ongoing concerns about her treatment at Brooklyn Metropolitan Detention Centre.

The Brit had only been seen in court sketches until now as no cameras or recording devices are allowed at hearings.

In a filing to the federal court in New York, Maxwell’s lawyer Bobbi Sternheim wrote that on Wednesday evening Maxwell was “confronted by MDC staff due to a visible bruise over her left eye”.

Mr Sternheim said Maxwell got what she called a “black eye” despite round the clock camera surveillance on her at all times.

The filing said: “No guard addressed the bruise until Ms. Maxwell, who has no mirror, caught a reflection of her aching eye in the glean of a nail clipper.

“At that point, MDC staff confronted Ms. Maxwell regarding the source of the bruise, threatening to place her in the SHU if she did not reveal how she got it.”

The SHU is the most restrictive part of the prison.

The letter continued: “While Ms. Maxwell is unaware of the cause of the bruise, as reported to medical and psych staff, she has grown increasingly reluctant to report information to the guards for fear of retaliation, discipline, and punitive chores.”

Maxwell, 59, claims she has been jailed in “hell hole” conditions since July and on Tuesday she lost another legal battle to be granted bail ahead of her trial.

It means she will likely remain locked up until her case goes to trial.

It is claimed that Maxwell is being kept awake at night so she “doesn’t die like Jeffrey Epstein,” who killed himself in prison in August 2019.

Jail guards supposedly wake her up every 15 minutes with a flashlight to make sure she is still breathing.

She is said to sleep with a sock over her head to stop them from waking her.

Her attorney David Markus said: “There’s no evidence she’s suicidal. Why is the Bureau of Prisons doing this?

She has now been denied bail four times as the court considers her a flight risk. Mr Markus said he is “heartbroken” by the decision.

Maxwell is accused of recruiting underage girls who were abuse by disgraced financier Epstein.

She has pleaded not guilty to sex trafficking and other charges over her alleged role in procuring four teenage girls for Epstein to abuse between 1994 and 2004.

Maxwell faces up to 80 years in jail if convicted.

3 Things To Do As You Prepare For Getting Engaged